Gulf of Mexico
Hurricane Laura drove a storm surge that peaked over 17 feet east of Cameron, La. via Fox 8 WVUE 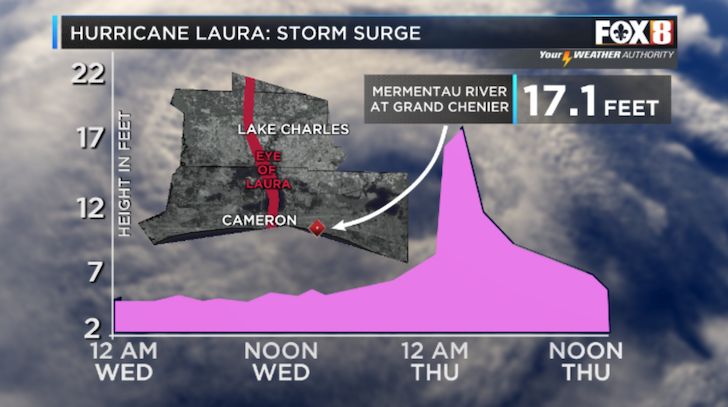 LA - After Laura, 'Nothing Left' for Some Southwest Louisiana Fishing Families

Fishing communities on the Texas and Louisiana coasts are reeling from the effects of Hurricane Laura and are still assessing the damage.

Boats, homes and docks were lost to the storm, leaving few if any options for fishing families wishing to bounce back anytime soon. Cell service is down in many places and electricity may not return to some communities for weeks.

“We have nothing left,” said Judy Dyson of Cameron, La., who with her husband Leo had seen a business bump with the help of an improved buy-direct seafood program for consumers.

But now there is no way to catch shrimp and crabs, or harvest oysters. The Dysons have other things on their minds right now.

“What we really need are FEMA campers so we can get our properties worked on,” Judy Dyson said.

Like many other families in the region, the Dysons wisely evacuated as the storm came closer. But with their home destroyed, that has meant a four-hour commute each way on days when they have begun making plans to rebuild

“We lost our oyster boat and shrimp boat,” Leo Dyson said. “Our house is about a half mile out in the marsh, and we have a slab where my house used to be.”

Some areas east of Cameron took a 17-foot storm surge which upset boats and docks but dissipated in marshlands so that the impact was less once it hit populated areas. Cameron took a roughly 10-foot surge but was mostly crippled by Laura’s devastating winds.