Gulf of Mexico
In this photo provided by the Coastal Protection and Restoration Authority, Louisiana Gov. John Bel Edwards sticking a large pin in a mural of Louisiana's coast, in Baton Rouge, La., Wednesday, Feb. 12, 2020, to show the location of the Maurepas Swamp. A council created to allocate money from water pollution fines paid after the catastrophic BP oil spill voted Wednesday to give Louisiana $130 million to link the state's second-largest coastal swamp back up to the Mississippi River, providing fresh water and sediment to nourish it. (Coastal Protection and Restoration Authority via AP) 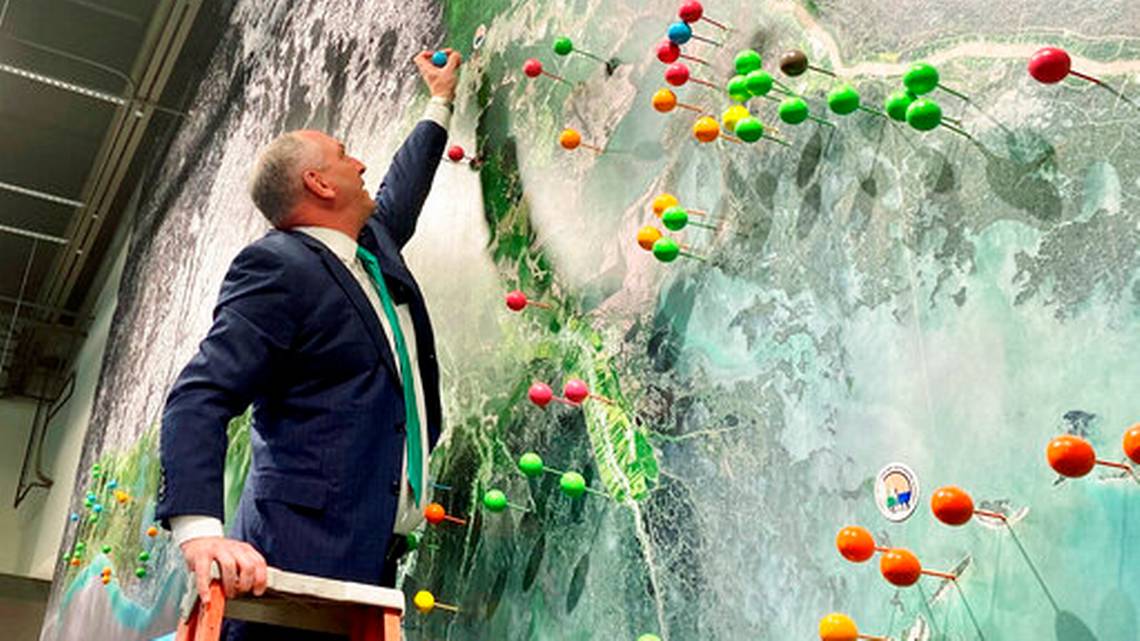 Louisiana will get $130 million in BP oil spill money to link its second-largest coastal swamp back up to the Mississippi River, and Alabama will receive funds to add up to 12,000 acres (4,800 hectares) to a wildlife management area.

The RESTORE Council, made up of officials from the five Gulf states and several federal agencies, voted for the projects on Wednesday. The group was created to allocate money from Clean Water Act fines paid by BP and others after the catastrophic 2010 spill.

The amount approved for Alabama's project was not immediately available.

Louisiana's grant will go toward a system designed to deliver fresh water and sediment from the Mississippi River into the Maurepas Swamp about 30 miles (49 kilometers) west-northwest of New Orleans. Because levees cut it off from the Mississippi River and salt sometimes gets in through canals and nearby Lake Pontchartrain, the baldcypress and tupelo gum trees that make it a swamp have been dying for decades. Marsh grasses have taken over some areas and others have become open water.