International
Left: A woman walks towards an embankment after tying her cow to higher ground during high tide on Ghoramara Island, India, September 8, 2018. Ghoramara Island, part of the Sundarbans delta on the Bay of Bengal, has nearly halved in size over the past two decades, according to village elders. Photo by Rupak De Chowdhuri/Reuters 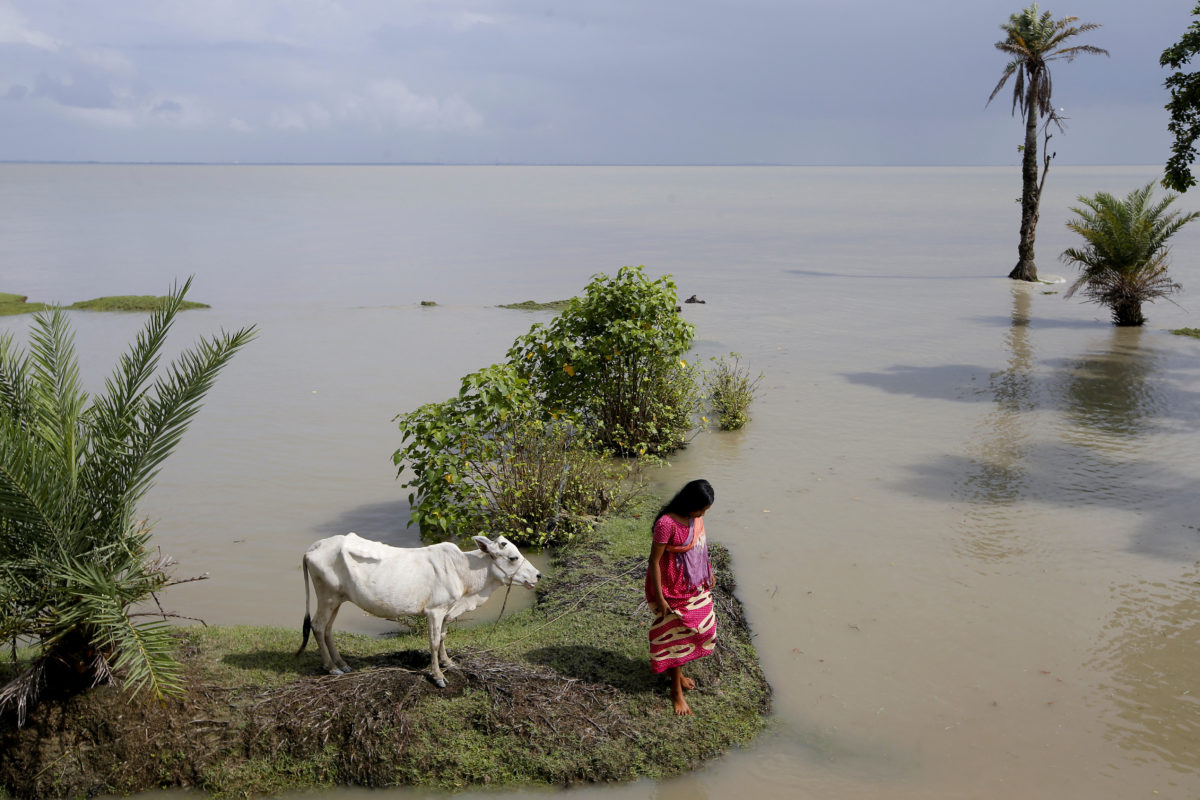 DEPOE BAY, Ore. (AP) — Tourists, nature lovers and amateur scientists are whipping out their cameras to document the effects of extreme high tides on shorelines from the United States to New Zealand, and by doing so are helping better predict what rising sea levels will mean for coastal communities around the world.

A network of volunteer photographers fans out around the globe during so-called king tides to capture how high the waterline gets and where the water goes. They then upload the images — many with geolocation data embedded — for use by scientists, policymakers and even city planners as they study and prepare for the effects of climate change. The photos show where flooding occurs on specific roads, or give clues about whether it’s safe to build new housing, for example, near an eroding bluff.

“For us, the king tide offers a look at where the water will be in about 2050, about a foot to a foot and half (30 to 46 centimeters) above normal water levels,” said Skip Stiles, executive director of Wetlands Watch, a nonprofit that helped recruit 700 people to document a king tide in Norfolk, Virginia, for the first time there in 2017.

The group’s efforts have since grown into a smartphone app that uses crowdsourcing to gather images and pinpoint flooding.

“What we’re finding is there’s a real appetite for this data. A lot of the localities here are putting together comprehensive plans for sea level rise, and I’m getting calls from them saying, ‘Do you have data? Do you have photos?’ That’s what we’re going for.”