International
Katoku Beach on the Japanese island of Amami-Oshima is a dynamic ecosystem home to endangered species like the Amami black rabbit and Ishikawa’s frog. Developers are threatening this beach with a six-meter tall concrete seawall. All photos courtesy of ACARFCE. 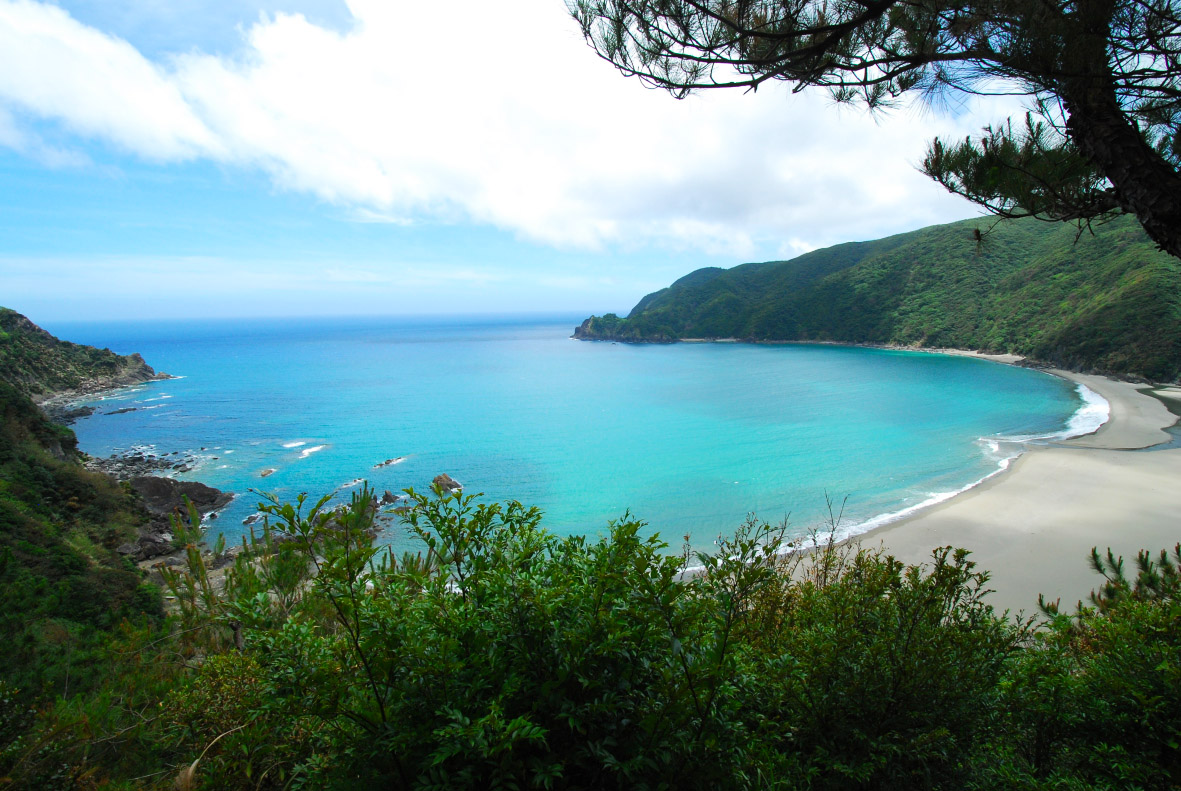 Japan - Not Another Brick in the Seawall

In a beach village in Japan, surfers and scientists oppose a proposed seawall that would threaten an important coastal ecosystem.

“I saw all kinds of frogs and Habu snakes on the road, and heard lots of bird and insect sounds,” says Jean-Marc Takaki, a surfer and resident of Amami-Oshima, an island 1,300 kilometers southwest of Tokyo, describing his first impressions of the village of Katoku in the southeastern corner of the island. “But what I had a hard time believing is that, unlike all the other beach-villages in Amami (and Japan), it didn’t have a seawall. Instead, it had a dune and a thick layer of pandanus (screw pine shrub) vegetation.”

Katoku Beach on the Japanese island of Amami-Oshima is a dynamic ecosystem home to endangered species like the Amami black rabbit and Ishikawa’s frog. Developers are threatening this beach with a six-meter tall concrete seawall. All photos courtesy of ACARFCE.

Today, ten years after Takaki first visited Katoku, frogs and snakes continue to roam the island’s rainforest. The sound of birds and insects still bring the lush-green valley to life. But this biodiversity contrasts with the grunts of tractors and bulldozers.

The pandanus forest still stands — partially. In October 2014, a typhoon damaged the coast where a series of river diversion works had disrupted the natural sandbank. In response, the local government decided to replace the vegetation with sandbags, with plans to protect the coastline from further erosion by constructing a seawall. Katoku is one of the last coastal villages in Japan without a seawall. Now a $5.5 million, six-meter tall and 180-meter long concrete rampart threatens to change its future — unless surfers like Takaki can protect this unblemished coastline.

This scenario is yet another reflection of the Nipponese modus operandi. Japan has been promoting large-scale construction works like dams, harbors, tunnels, and seawalls since the 1950s, when the nation’s post-war development model promised a modernized economy through civil engineering projects. Amami-Oshima still falls within reach of the nation’s pro-development policies: The Special Measure Law for the Reconstruction of the Amami Islands, known as the Amashin Law, has allocated the same chunk (around 80 percent) of the island’s annual 30 billion yen (roughly $277 million) budget to civil engineering projects every year since the law was passed in 1954.

Takaki grew up in Paris. His yearly childhood trips to Japan’s beaches with family introduced him to surfing. During this time, he began to witness first-hand the repercussions of Japan’s “concrete addiction” and its impacts on the country’s coastal landscape, wildlife, and cultural identity.

“I used to love this beach called Takahama [in Kumamoto Prefecture],” he recalls. “I went there after more than eight months away. What I saw shocked me to the core. They were covering the beach in concrete, and there was not an inch of it left in front of the structure. Half of the beach length inside the bay was already gone and waves were dangerously hitting the concrete.”

For Takaki, finding a place like Katoku — a place so pristine it has been nicknamed “Jurassic Beach” — was a miracle. Takaki’s partner, Hisami Take, a former bodyboarding champion, also shares a passion for the ocean and surfing. She too, is sad and frustrated about the plan to build a three-story-high seawall on Amami-Oshima’s last non-concreted, accessible surf spot. Take grew up in Amami and lived through the byproducts of the Amashin Law. She recalls how elders talked about entire forests being cut down. The government “continued to build things it didn’t need and many of the islands’ original scenery disappeared,” she says.