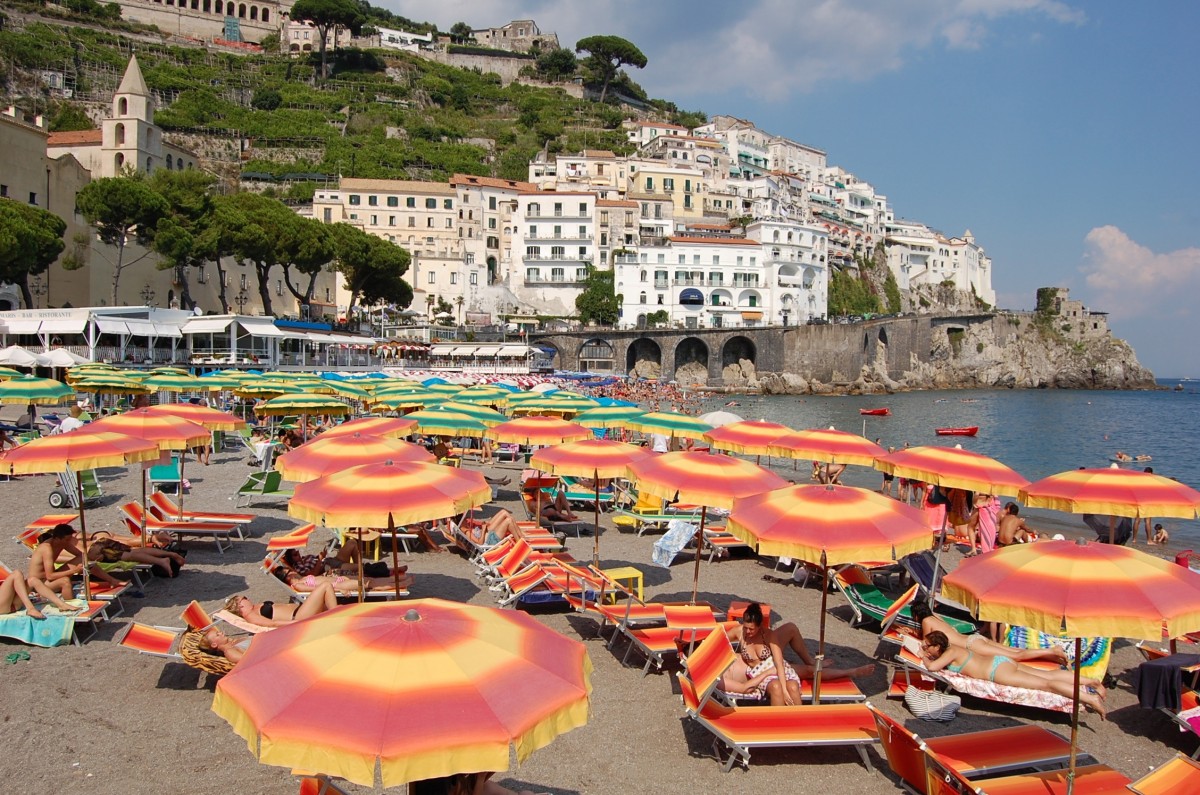 Italy has almost 8,000km of coastline, but going to the beach is a bit like trying to sneak into a nightclub: the cool cats and slick service are enticing, but it’s also crowded, expensive and sometimes depressing. Even on a long, sandy stretch it can feel claustrophobic, with regimented deckchairs and parasols laid out in parallel lines in the raked sand.

More than 50% of the country’s coastline is now rented out by the state to bagni, private beach resorts offering drinks, food, beach huts and hundreds of deckchairs for rent. In Tuscany and Romagna the percentage of these privatised beaches rises far higher: in Forte dei Marmi, on the west-facing sand of the Tuscan coast, 94% of the town beachfront is rented to bagni. Nearby, in Pietrasanta, it’s 98.8% and in Camaiore 98.4%. The record is held by Gatteo a Mare, on the Adriatic coast, where 100% of the town’s beaches are now privatised. That means there’s nowhere you’re allowed to throw a towel on the sand, plant a parasol and spread out your own picnic.

The growth of these bagni has become exponential in recent years: nationally, the number of private beach concessions has risen 12.5% since 2018. In the south the increases are even greater: in that same 2018-2021 period, the number of private resorts rose by 41.5%, 22.8% and 15% in Sicily, Campania and Basilicata respectively.

At these resorts, claiming the choicest space on the sand is almost as competitive as getting the right row in the opera. One woman I talk to is proud that her luxury resort in Liguria “won’t rent out the front row of lettini (deckchairs) right next to the sea even if they’re empty”. They’re reserved for the longest-standing families. As in nightclubs, a sense of exclusivity creates high demand and high prices. To keep cash flowing, though, some bagni employ heavies: last month it was reported that beach-goers in Bacoli, near Naples, were being frisked to check that no water bottles or homemade sandwiches were being brought in.

There are few cheaper options. In Tuscany, a spiaggia libera ­— a free beach — is hard to find. They’re usually in the least desirable section of the coast: far from amenities and the shade of the pineta, often close to drains and estuaries, and likely to be more pebbly or prone to driftwood pile-ups.

The central criticism of privatised beaches is that resort managers are paying mid-20th-century rents while charging 21st-century prices. In 2017, it was revealed that the Arenile di Bagnoli in Campania, with two spaces totalling 14,000m² including a roof terrace and pool, was paying only €15,830 per annum. Covered beach-side spas like the Club Partenopeo, with lawns, jacuzzis and swanky bar, were paying only €2,621 per annum. The deckchair-renting racket is a glaring example of the demanio, state property, being milked for private gain. Overall, it’s estimated that the state only receives €100 million in levies from a business which has a turnover of €15 billion.