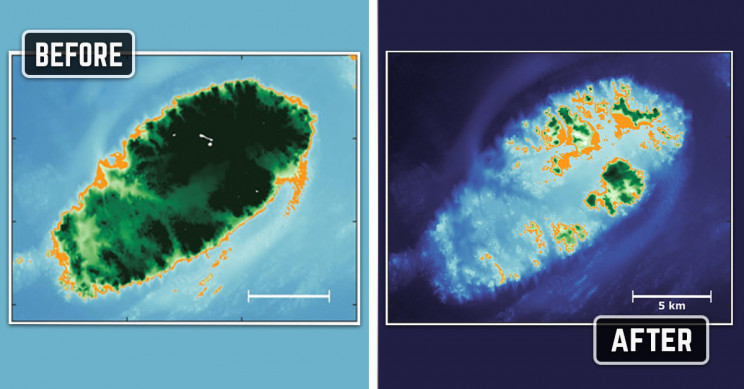 Human society typically adapts to sea-level rise, which will likely happen amid our climate crisis.

The islands of Sicily were initially one landmass, according to a recent studypublished in the journal Science Advances — which shows how when sea levels rise, human populations typically adapt to changes rather than simply abandon them, as common sense might suggest.

RELATED: WHAT 2019 TAUGHT US ABOUT THE CLIMATE CRISIS

The average sea level is rising roughly 0.14 inches/year (3.6 mm/year) — an unprecedented rate of rise for millennia, according to the study. But the distribution of this rise in terms of volume isn't the same worldwide. This means some regions will see a greater rise in sea-level than the average, which makes them especially vulnerable to the hazards of submersion.

The climate crisis combined with a continuing rise in sea level will mean the high-end outliers of worldwide flooding will be extreme — since some areas inevitably see worse weather than others.

Despite projected global and regional sea-level changes becoming more constrained, no one can fully predict how cultural and behavioral norms may shift. Future coastal flood risk to human populations — combined with projected migration patterns are typically based on environmental thresholds — ones lacking a defined limit of adaptation driven via culture and the perception of risk in human societies.