International
The archipelago of Maddalena off Sardinia is a protected marine park, but you wouldn't always know it. Photo: Daniel SLIM/AFP 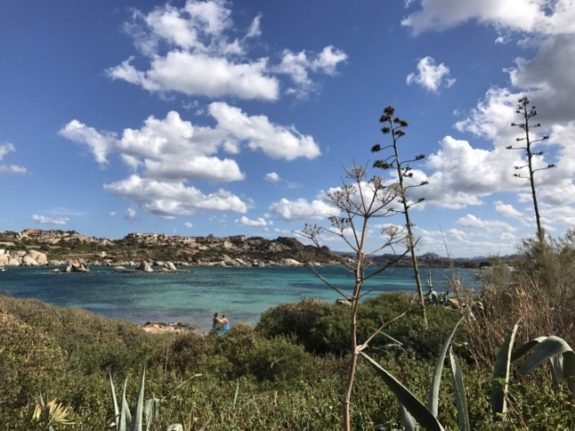 IT - OPINION: How tourism could help save Italy's coastline - instead of destroying it

A friend recently sent me an aerial photo of Sardinia’s La Maddalena archipelago, taken from an helicopter in August, and I had to look four times before I realized what those hundreds of tiny white dots were.

They were boats and yachts of all sizes crowding the sea, which had turned into a huge aquatic parking lot. I could hardly see the blue of the waves, nor the islands.

Anyone who’s visited Sardinia’s coast is amazed by the beautiful scenery and beaches, but mass tourism is destroying it.

La Maddalena is a protected marine park and yet, despite its unique habitat, I see very little being protected.

READ ALSO: What is Italy doing about the shocking level of plastic pollution on its beaches?

Compared to 30 years ago when tourism in the area was still a niche sector, the coastal environment is dying as the sea is being vandalized and colonized by anyone with a boat.

The uninhabited island of Budelli, considered the gem of the archipelago with its pink coral beach, is regularly raided by tourists on day trips. Local authorities plan to build an environmental observatory there but so far all they’ve done is chase away its caretaker who had been looking after the isle for 33 years.

Italy has 32 marine parks and natural reserves  with translucent waters, colorful fish and pristine beaches, which is one reason why tourists flock here – too many tourists.

Last time I visited Tuscany’s protected archipelago, the ferry crossed the so-called Cetacean Sanctuary and a family of dolphins jumped in the air saying ‘hello’. It was beautiful.

Then, when I landed on the island of Capraia, I had to wait 40 minutes in line to disembark and find a hotel with an available room. Even though some nearby smaller Tuscan islands allow only a restricted number of visitors per year – like Pianosa and Montecristo – these attempts to preserve the environment are marred by the number of boats that anchor in the translucent waters or sail by.

Access to, and traffic within, all marine parks should be limited to small sailing boats that turn off their engines once they’re inside, and must be regulated with the introduction of high entrance fees.