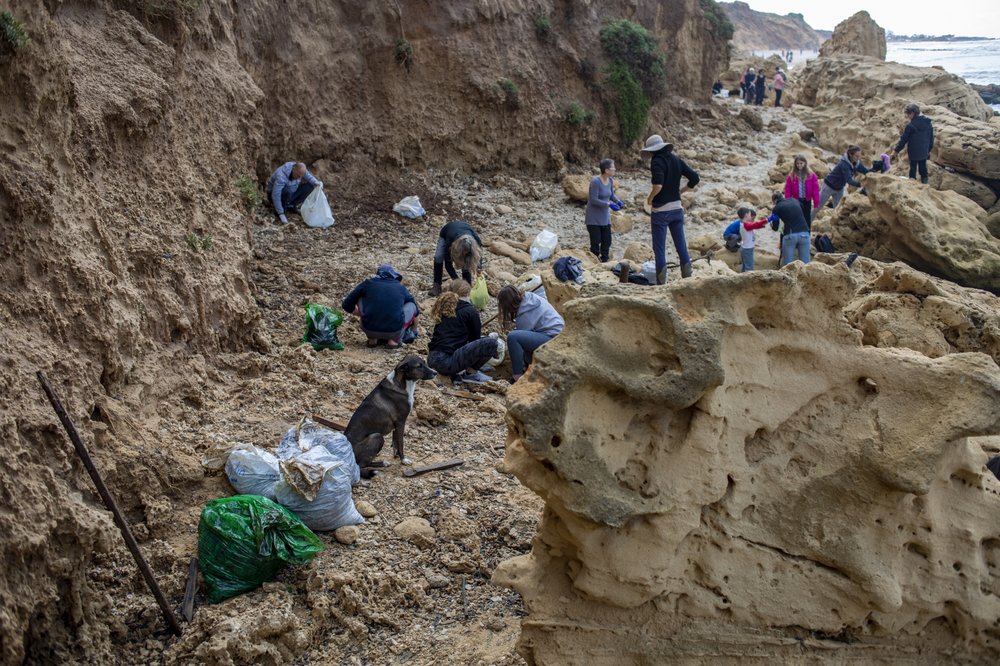 Thousands of volunteers took part in a cleanup operation of the Israeli shoreline, Saturday, following an oil spill that has been called the country's worst natural disaster in decades.

Israeli media reported that several volunteers were hospitalized after inhaling fumes. The Israel Nature and Parks Authority urged people to stay away from the beach at 16 of the most polluted sites.

At a news conference, Saturday night, Prime Minister Benjamin Netanyahu said the incident was under investigation. "The circumstances that led to this incident are still unknown," he said, adding that the government was in touch with local community leaders.

Thanking those who had shown up to clean the beaches, the prime minister said, "The tar pollution that struck Israel's shores is a serious incident, and the pictures of animals covered in tar shocked us all."

President Reuven Rivlin also thanked the volunteers. He said the time had come for the formulation of a national plan "before we face an unprecedented ecological disaster."