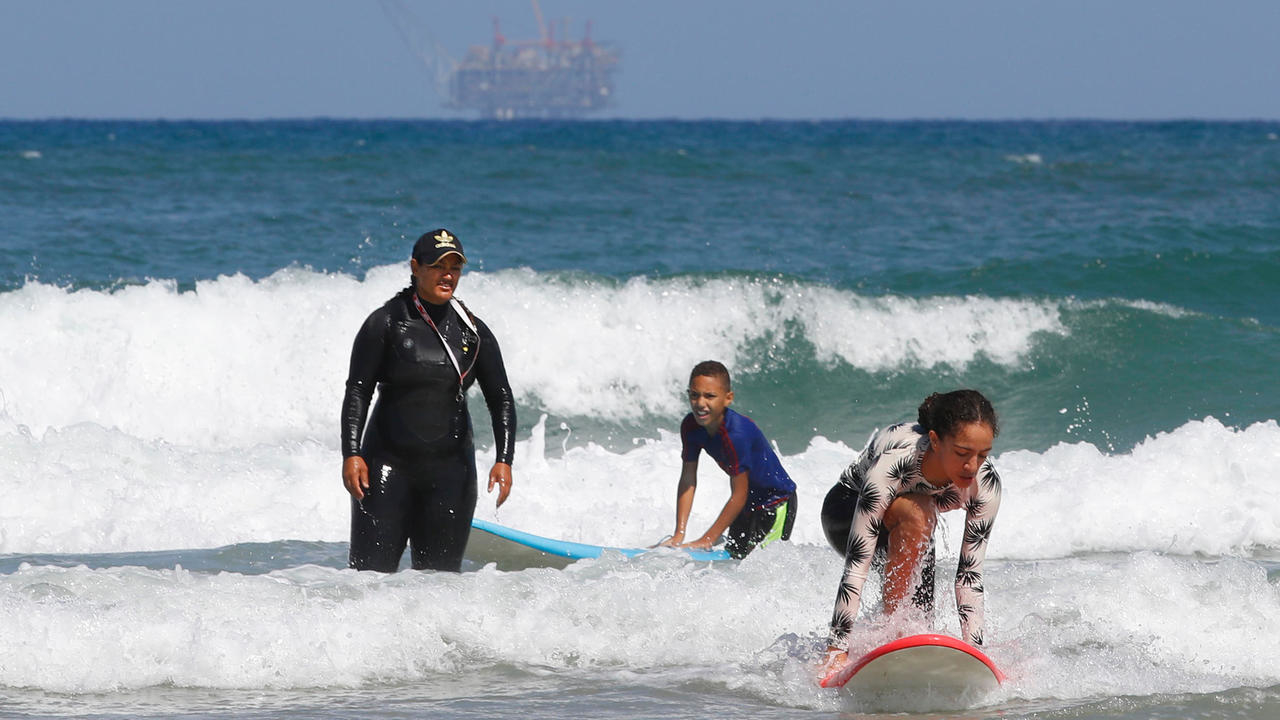 Standing barefoot on an Israeli beach, Hamama Jarban blew her whistle and watched her students race towards the water clutching their colourful surfboards.

Each weekend she welcomes enthusiastic would-be surfers to the shore, teaching them how to lie and then stand on their boards.

"I am a child of the sea, my father used to throw us in the water when we were little and tell us to swim," she said.

Wearing a black wetsuit and cap, the 41-year-old's surfing venture brings much needed income to Jisr al-Zarqa, the only remaining Arab village on Israel's Mediterraean coast and one of the poorest in the north.

Her father, together with her grandfather, also taught her how to fish, but Jisr al-Zarqa is nowadays subject to environmental restrictions on fishing.

Arabs constitute around 20 percent of Israel's nine million-strong population and say they are discriminated against by the Jewish state.

Jarban won qualifications as a surfing and swimming instructor, as well as a lifeguard, from Israel's leading sports training facility, the Wingate Institute.

Along with her brother Mohammed, she started teaching surfing six years ago to children and young adults from the village and elsewhere in northern Israel.

While most of the surfers are Israeli Arabs, Jarban said she once taught two Jewish girls on holiday from Jerusalem.

On one Saturday morning, some of the young recruits wore blue tops with the club's "Surfing 4 Peace" logo across the back.

Thirteen-year-old Sari Ammash said he still finds it hard to balance on the surfboard, but has gained better control since starting lessons last year.

The beach sits in an idyllic spot, close to a forest and a river that the surfers must cross before starting their lesson.

Ream, a 21-year-old architecture student, travels more than 30 kilometres (20 miles) for the lessons.