International
In blue, the current waterline; in red, the projected waterline in 2050 after sea-level rises. Israel currently has no model to predict the expected impact on the coastline of continue rises in the sea level.Open gallery view 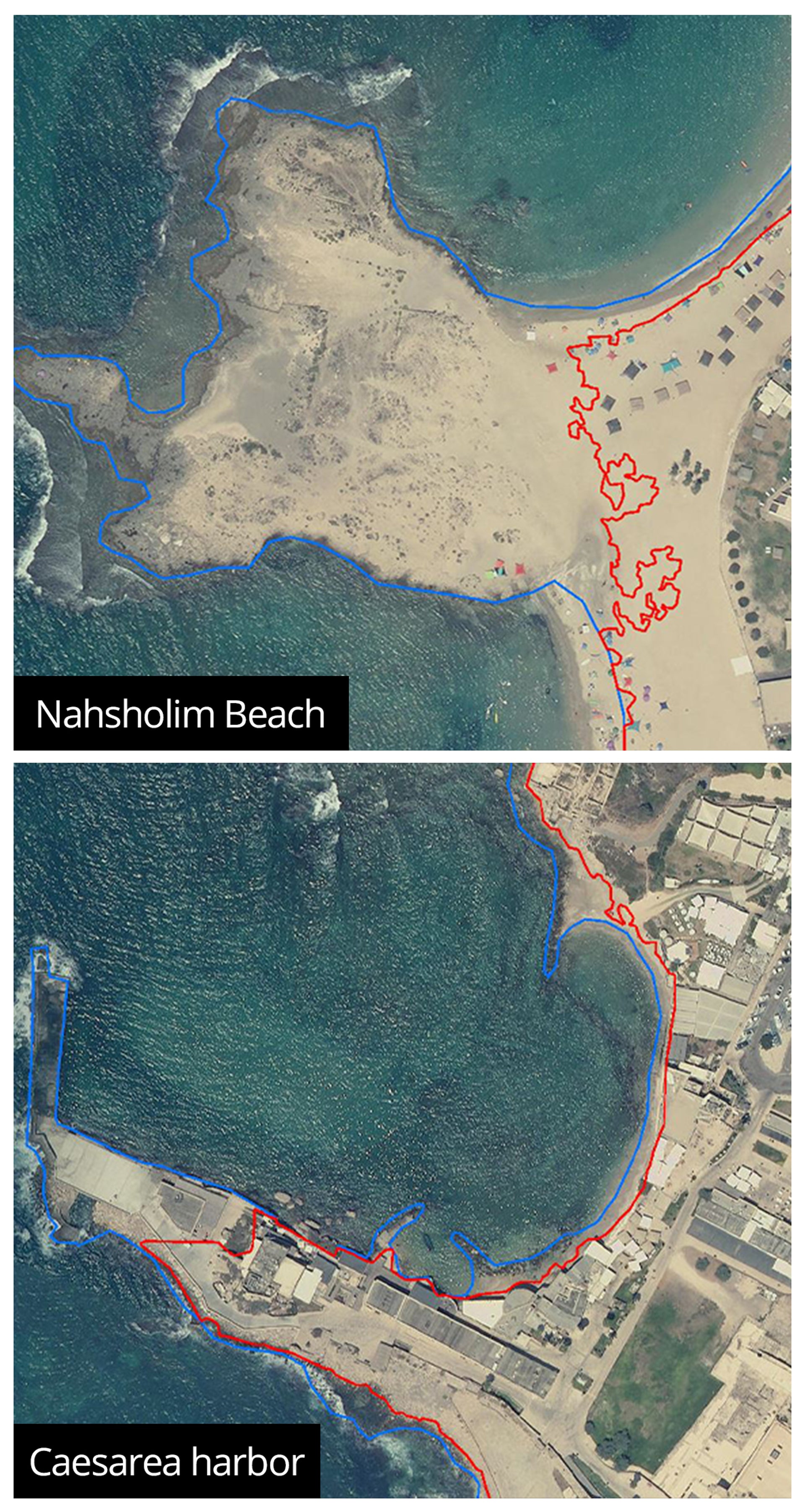 ISL - Facing rapid rise in sea levels, Israel could lose large parts of its coastline by 2050

Haaretz investigation reveals that the Environment Ministry is predicting a one-meter rise in sea levels by 2050 due to the climate change. The consequences will be dire – but the government is woefully unprepared

Over the past two months, the Ministry of Defense and the IDF have become concerned about security installations along Israel’s coastline. “Are they going to disappear underwater?” asked security officials in several closed meetings held over the past few weeks. “How much of the shore are we going to lose, and when?” they wondered. The planning administration has also come to understand recently that it is a problem to continue building along the coast as if water levels are not rising year after year.

The newly installed head of the administration, Rafi Elmaliach, recently asked the Israel Oceanographic and Limnological Research Institution to prepare a model that will demonstrate the expected impact on the coastline and on critical infrastructures such as desalination plants that may be damaged. When Elmeliach realized that no such model currently exists he established an inter-ministerial team to map out potential scenarios and address lacunae in knowledge. Ilan Lavie, head of the Coastal Cliffs Preservation Government Company, says storms and waves will get stronger and also warns of the dangers that cliffs along Israel’s coastline may collapse.

Everyone has reason for concern: The sea level along Israel’s coast is rising due to the climate crisis caused by the burning of fossil fuels. A Haaretz investigation based on conversations with more than 20 sources in government offices, local authorities, and scientists, as well as information received from many government bodies and authorities, reveals new information, according to which the changes Israel needs to prepare for are likely to be far more serious than the relevant authorities had understood until now.

In the next few days, the chief scientist at the Ministry of Environmental Protection, Prof. Noga Kronfeld Schor, will warn the government that Israel needs to prepare for an increase of one meter in the sea level by 2050 and up to two-and-a-half meters by 2100. Until now, various state authorities had estimated, based on international forecasts, that sea levels would rise by some 25 cm by the middle of the century and by 70 cm by the end of the century. In other words, up-to-date professional forecasts point to an urgent need to intensify preparations for the impact of the climate crisis.