Coastwide
The above chart shows the average global sea level rise since 1880. NASA 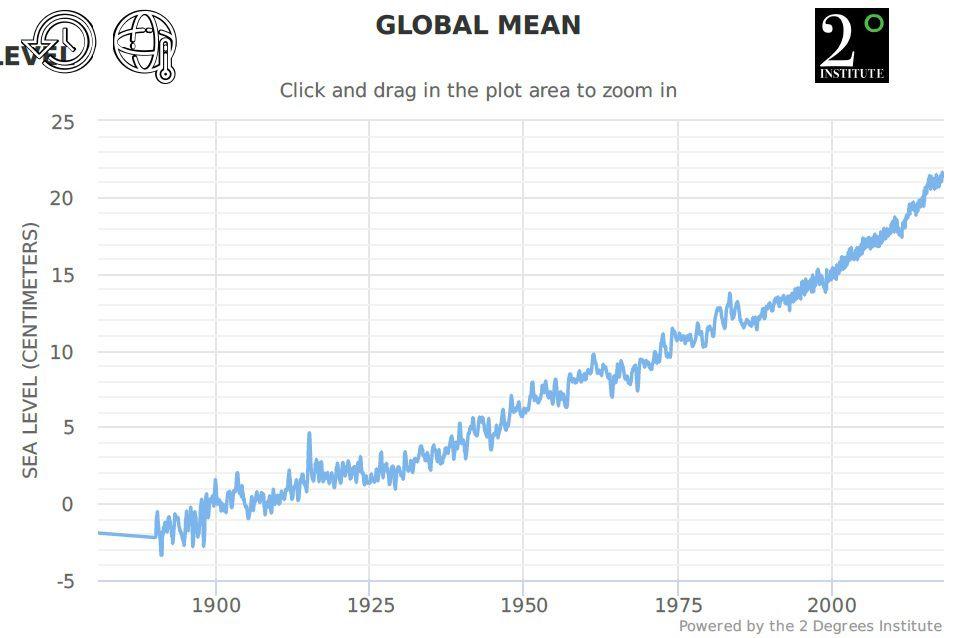 COURT HOUSE - Sea level rise is a reality and one that will not change anytime soon. Cape May County, with its close proximity to seawater and reliance on the ocean for much of its economy, will feel the effects of climate change and the ensuing seawater rise more heavily than most of the nation.

Between 1993 and 2020, NASA satellites reported a 4-inch change in sea level. National Oceanic and Atmospheric Administration (NOAA) reports that “global mean sea level has risen about 8-9 inches (21–24 centimeters) since 1880, with about a third of that coming in the last two and a half decades.” Many proposed projects to protect the county’s seaside towns are, as reported in a Feb. 18 Herald article (https://bit.ly/2ZlKHqc), in the billions.

How do we know that sea levels are rising? Here, in Cape May County, it is more obvious than in many places.

Various towns had to do extensive, costly construction work to offset rising waters and more frequent flooding. NASA uses satellites, as well as “satellite laser altimeters,” to measure the changes in the ocean’s height, as measured from space.