International
The spectacular Poll na bPheist on Inis Mór – one of the many unique attractions on the Wild Atlantic Way. 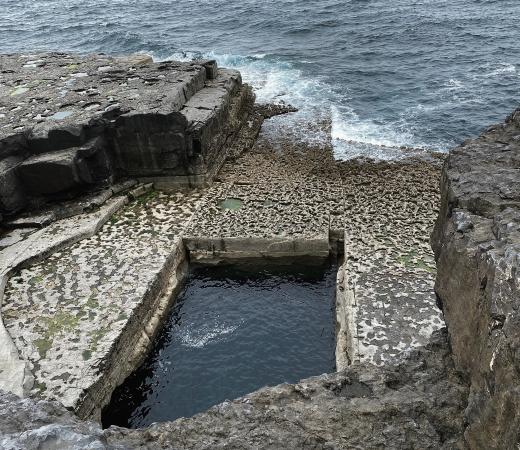 (Ireland) The success of the Wild Atlantic Way will be used as a template for other European regions to look at their potential to capitalise on sustainable coastal tourism.

The west’s success story has been used as a research model to establish best practice for the development of marine and coastal tourism trails in the EU – without having a detrimental effect on local communities or the environment.

The research – which was driven by a team at NUIG with input from the Northern & Western Regional Assembly – forms part of the Moses Project which aims to further the EU’s Blue Growth strategy in five focus maritime areas with the potential to accelerate learning across Europe.

Blue Growth is defined as growth that does not interfere with the marine environment’s long-term ability to continue to deliver ecosystem services.

Enjoy a journey of a lifetime as you travel the 1,500-mile-long coastal road known as the Wild Atlantic Way

The Moses Project, which is concluding this year, has eight partners in five countries, comprising a mixture of research centres/universities, regional government and a public body representing marine-based activities.

The project is funded through the innovative EU INTERREG Programme called Atlantic Area.

The research on the 2,500 km Wild Atlantic Way was carried out between 2018 and 2020 by a project team in the Socio-Economic Marine Research Unit (SEMRU) based at NUIG, following a brief review of the marine and coastal tourism management regime in Ireland.

The Northern & Western Regional Assembly (NWRA) was also a partner in the two-year project.