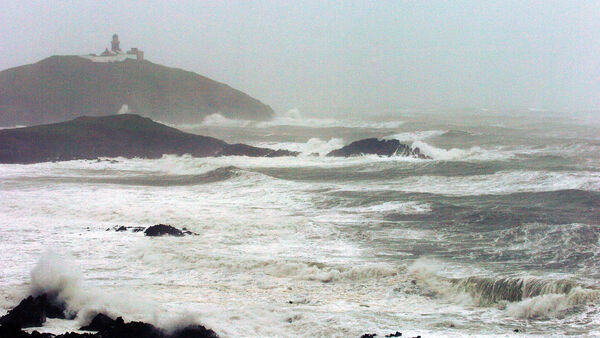 The number of coastal properties in Ireland previously considered under threat from coastal flooding due to climate change — some 70,000 — is likely to increase in the wake of a recent United Nations report.

Gamma Location Intelligence, which provides map and data analysis to insurance companies and local authorities for risk assessment purposes, found in May 2020 that approximately 62,000 homes are at risk in the next 30 years, as well as thousands of businesses.

At a webinar today to discuss climate risk and what it means for Ireland, Gamma senior spatial data scientist Richard Cantwell told the  Irish Examinerthat this figure is likely to be revised upwards after the next UN's intergovernmental panel on climate change (IPCC) report is published.

"We expect that those numbers may be revised slightly upwards and, in the worst-case scenario, the timeframe may become shorter," he said.

"However, we are awaiting the next IPCC Working Group report, due in February, before undertaking additional research."

Of the 62,000 homes found to be at risk in Gamma's previous modelling, Dublin was predicted to be the worst affected. It estimated that extreme coastal water levels would put some 23,435 properties — or 21,513 homes and 1,922 commercial properties — at risk.

It also forecast that Munster counties will not escape the clutches of the recurring deluge.

Cork would see just 1% of homes and businesses affected, but that still means 2,231 homes at risk, as well as 428 commercial properties.

At today's webinar, researcher James Fitton from the University College Cork-based MaREI centre for energy, climate, and marine research, outlined how global temperatures have remained relatively constant for 2,000 years, save for a brief cold spell in the 1500s, before a "massive uptick" from the 1850s onwards as fossil fuels became prevalent.

"This burning of the fossil fuels released carbon dioxide, as well as methane and other greenhouse gases, which essentially form a blanket around the Earth, causing a greenhouse gas effect," he said.

What this means is that when energy from the sun enters the Earth, it's very difficult for it to leave again, so we get progressive warming."

Ireland can expect increased heatwaves in the summer, as well as flooding from rivers, landslides, bogslides in heavy rain, and increased wildfires and droughts if global trends continue without mitigation, he said.