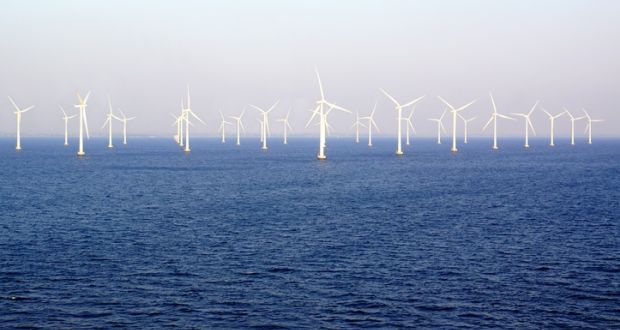 A major political row has erupted over new marine legislation that will pave the way for developing ocean power and offshore wind farms in future.

The Opposition has accused the Minister for Housing, Local Government and Heritage Darragh O’Brien of railroading the National Marine Planning Framework (NMPF) through the Dáil this week without allowing the all-party housing committee an opportunity to carry out adequate pre-legislative scrutiny.

The planning framework is a spatial plan that sets out how development and activities can occur in Ireland’s maritime area, which covers almost 500,000 square kilometres of waters around the island, extending from the high water mark to 200 kilometres out to sea at some points.

The framework will determine where offshore wind power sites can be located, as well as tide and ocean energy facilities. It will also determine locations for new ports, infrastructure, aquaculture, fish-farming, shipping lanes and boating activities and facilities.

The framework is vital for the development of offshore wind-power which is seen as the key for delivering Ireland’s future electricity needs, as well as meeting climate change targets. A number of large wind farms are already planned for the shallow banks off the east coast but in time technology will allow the development of floating wind farms in the far-deeper Atlantic waters off the west coast.

These wind farms will be enormous. The huge Dogger Bank Project 130 kilometres off the northeast coast of England has 200 turbines (some with a span of 300 metres, which is higher than the Eiffel Tower) and, when completed, will supply electricity to 6 million homes.

While opposition TDs say they broadly support the framework, they want more time to scrutinise the 300 page document and to explore concerns that have been raised in two key areas.