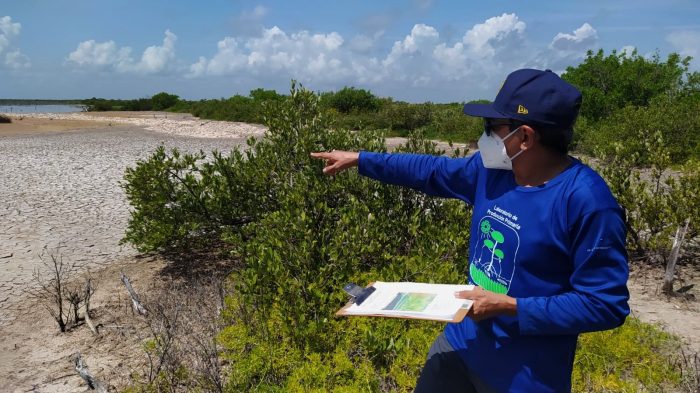 YUCATAN, (July 19, 2021).- Yucatán has around 20 thousand hectares of degraded mangrove, which represents 20 percent of the total of the state, revealed Dr. Jorge Herrera Silveira, a researcher at the Center for Research and Advanced Studies (Cinvestav), Mérida, of the National Polytechnic Institute ( IPN).

The main actions that have impacted the mangrove, according to him, are the construction of roads, which obstruct the flow of water and cause severe damage to the environment and fisheries.

On July 16, the Ecological Restoration of Mangroves project on the north coast of Yucatán, Dzilam de Bravo Region, promoted by Pronatura Peninsula de Yucatán A.C. (PPY), the Cinvestav and community residents known as “Los Restauradores de Dzilam de Bravo“, with which it is intended to reforest, in two years, more than 200 hectares in this area and thus recover this ecosystem of vital importance for the coastal area of the Yucatan.

The project is financed by the National Forestry Commission (Conafor), which will contribute 4 million pesos through the Environmental Compensation Program for Land Use Change in Forest Lands (CUSTF) 2021 – 2022, in order to carry out actions of restoration of soils, reforestation, protection, and maintenance, and thus rehabilitate deteriorated forest ecosystems, control or avoid degradation processes of the same and partially or totally recover the conditions that favor their conservation and evolution.