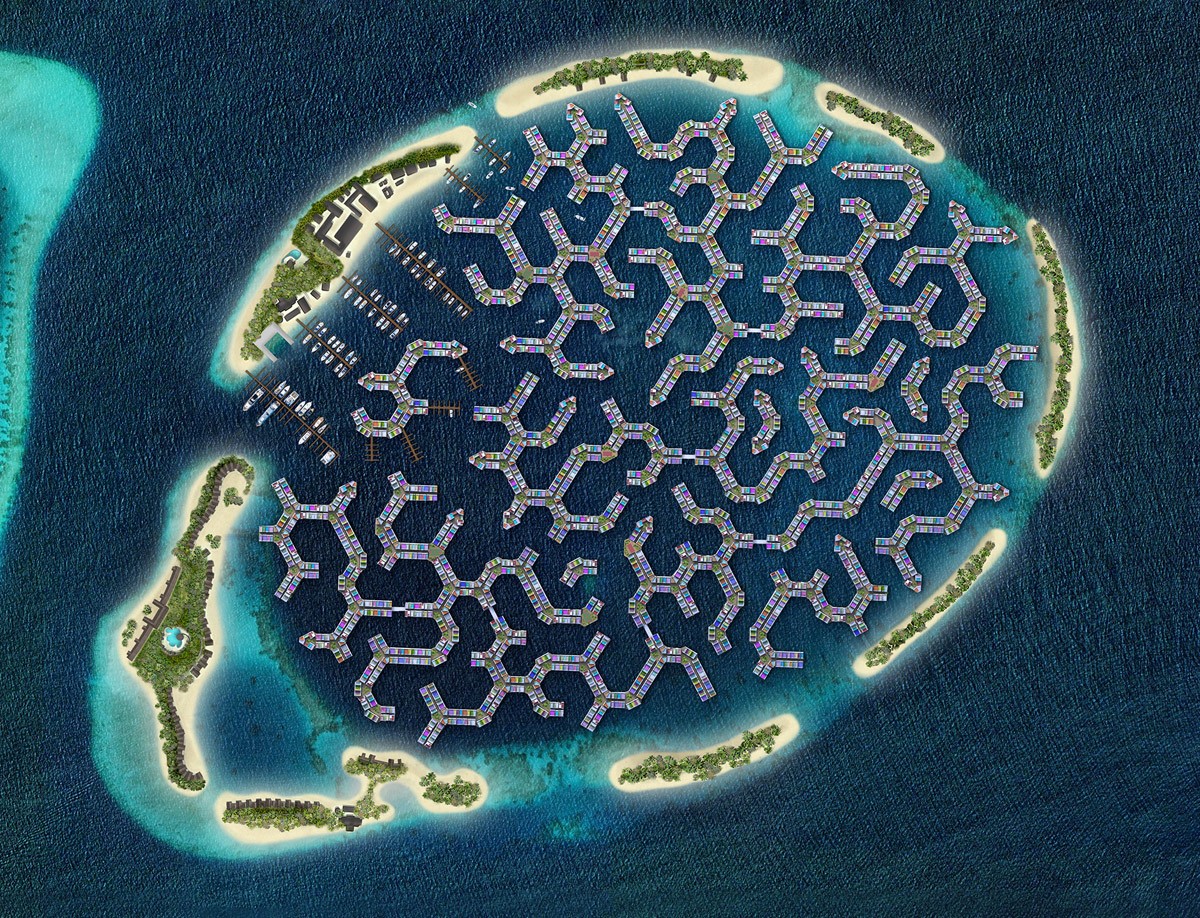 The waterfront homes will float on a 500-acre lagoon connected to a flexible grid.

The movie Waterworld may have been a '90s flop, but its futuristic floating city could become a reality for some.

With the threat of sea-level rise that could swamp the Maldives, government officials in the island nation debuted plans to build the world's first fully floating city last month.

This bold project could serve as a model for how some communities could survive a future of climate change and rising global sea levels. And — oddly enough — it looks like Waterworld's atoll

The problem: Coastal cities and low-lying islands are on the edge of their seats because many models predict that rising sea levels are a real threat. According to some estimates, certain low-lying islands could become uninhabitable by 2050, and the Maldives may be among the first to be submerged, reports Interesting Engineering. If so, the residents would become climate refugees, relocating their homes, community, and culture.