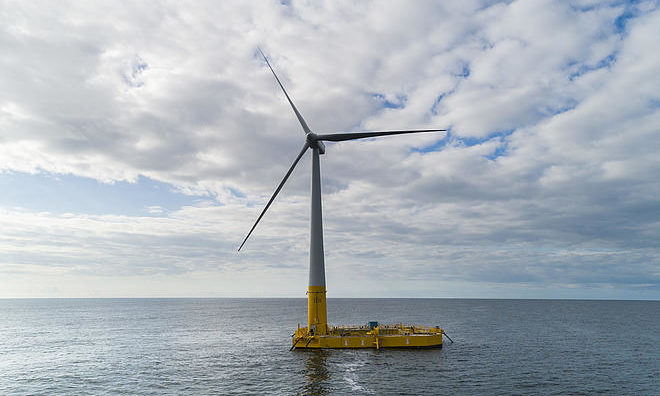 Sea swell can cause vibrations that harm floating-substation equipment, while cables can be damaged by a buildup of shells and seaweed, Reseau de Transport d’Electricite said. These issues must be tackled before floating wind can succeed on a large scale, and RTE is among operators trying to fix them.

This nascent segment of the clean-power industry would significantly expand the potential areas of the sea where energy producers could install turbines. In many places, the best wind resources are in waters that are too deep to build a structure from the seabed. But the new floating technology is expensive and at risk of damage from waves and sealife.

Substations are used to change the voltage of the electricity produced by the offshore wind farms so it can be more easily and safely delivered to shore. One solution under consideration is a floating version that can withstand strong swell, said Regis Boigegrain, head of maritime affairs at RTE, which is responsible for connecting France’s offshore turbines to the grid.

“Provided we know how to technically do that,” it would avoid the substantial cost of building a substation on the seabed, he said at a conference.