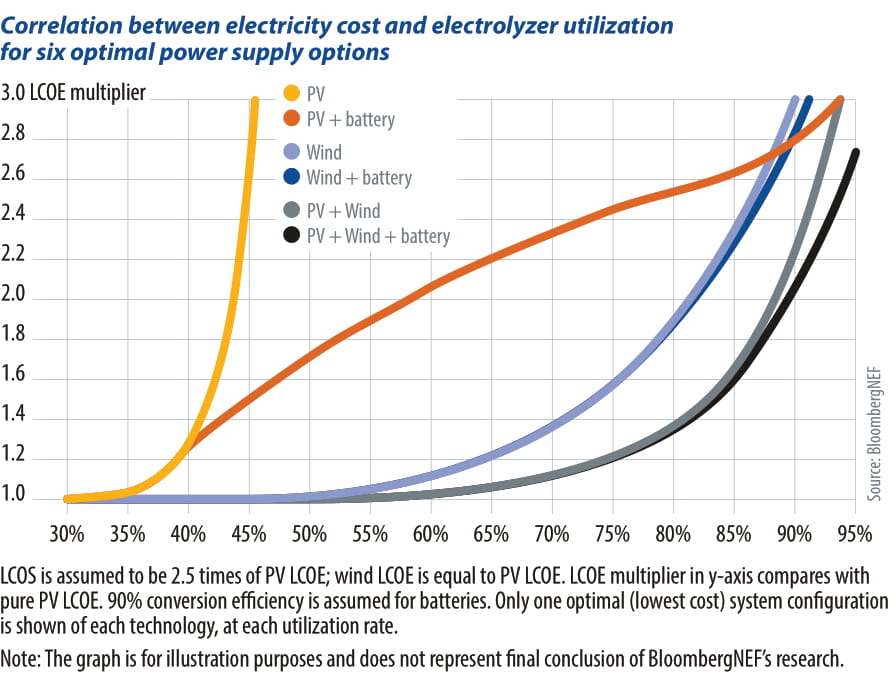 The regions where the desert meets the sea have long been thought the most desolate and unproductive areas of the world, fruitful solely for those clever cultures who call them home. However, in the 21st century, that fiscal notion is turning on its head, and turning as rapidly as a wind turbine in a tornado.

It has taken science and markets until 2021 to realize that the very things which make coastal desert regions sparsely habitable, namely excessive sun and wind, are precisely what makes them the near future’s great havens of energy.

Wind turbines and solar PV can operate together symbiotically, and in deserts bordering seas in particular, this relationship is especially “anti-correlated,” meaning the sun shines during the day and the wind blows during the night.

This ensures for, say, a green hydrogen production plant, a near 24/7 source of renewable energy in a newly prized location. It seems then that the world’s wastelands are no more, for they are now the most prized locations on the planet for our energy future and emissions reduction.

In the last 18 months, hybrid power plants have become more common for their ability to complement a generator’s lifeline – their grid connection. Hence why Swedish state-owned energy company Vattenfall invested €35 million in 2019 to add solar and energy storage to its Haringvliet onshore wind project in South Holland. However, when it comes to green hydrogen production, the grid connection is not even always necessary. More important is the co-location of solar and wind.

So why is the co-location of solar and wind important for green hydrogen production?

BP and its solar joint venture Lightsource BP are currently concluding a feasibility study into the prospect of a 1.5 GW co-located wind and solar green hydrogen plant in Western Australia, with the ambition to export the green hydrogen as ammonia to Asia.