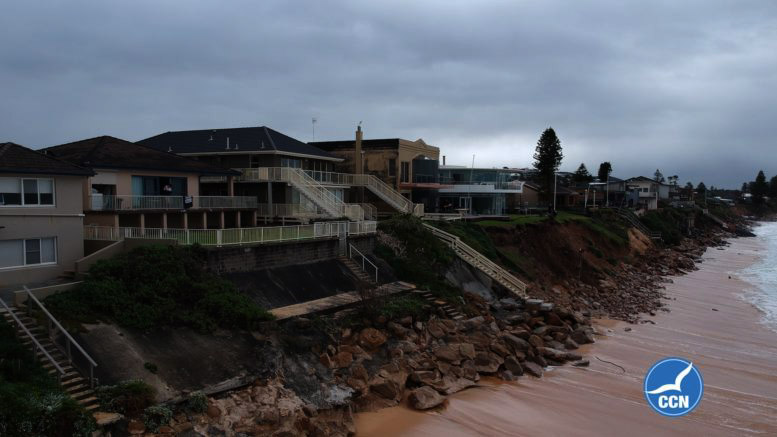 Public comment has opened for a proposal to build two swimming pools in front of two houses planned for private beachfront land at 85 to 89 Ocean View Rd, Wamberal.

No 89 is vacant and has approval to build a house, granted by Central Coast Council on February 28, 2020.

No 87-85 is also vacant and is currently the subject of an application to build a single house on the combined two blocks.

Now development applications have gone to council to build a pool in front of each planned house.

The proposed pools are to be constructed entirely on the private property and would include the construction of coastal protection works, incorporating beach access stairs and associated landscaping within the beachfront boundary.

One swimming pool would be built within the combined area of 87-85 and second pool within the beachfront setback of the approved dwelling on no 89.

One mentions the catastrophic storm event in 2020 which left some beach-front home owners along Ocean View Drive unable to protect their properties.

“The council should not be considering new developments until such time as a solution is met that keeps the needs of the community and longevity of the surrounding environment have been decided upon,” the commenter said.

“We are unable to see the benefits to allow the build of a property on these premises based on the current issues faced by Wamberal Beach dunes and the impact on the surrounding community.

“This location is part of the most narrow part of the Sand Dune, and would require for the dune to be further disrupted to enable the structure to be built.”