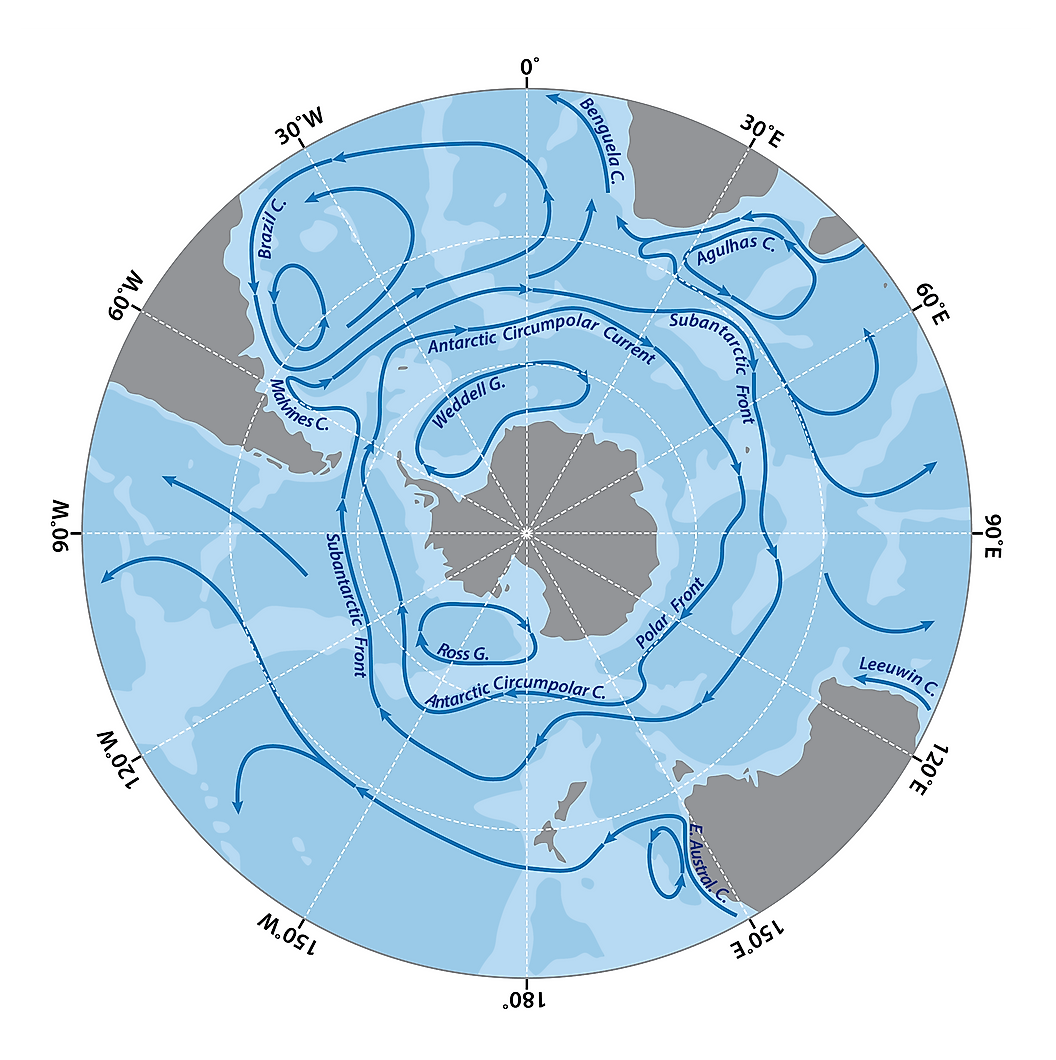 The World Ocean covers approximately 361.1 million km2 (70.8%) of the Earth’s total surface. It is divided into five oceanic areas, separated by the different world continents. The Southern Ocean, also known as the Antarctic Ocean, is the fourth-largest ocean by surface area, spanning over 20.3 million km2.

It accounts for about 5.6% of the total oceanic area and is only larger than the Arctic Ocean. For decades, geographers disagreed on its existence, with the majority considering its waters as part of the other three largest oceans; Atlantic, Indian, and Pacific Oceans. However, the International Hydrographic Organization describes the Southern Ocean as the World Ocean’s southernmost portion.

The Southern Ocean is 4,000-5,000 meters deep for most of its extent, with a small shallow area. At 7,236 meters, the South Sandwich Trend’s southern end is the ocean’s deepest point. The Antarctic continental shelf is usually narrow, at less than 260 kilometers, but often deep, with its edges reaching 800 meters below the ocean’s surface. The oceanic basins, located farther north, have a maximum depth of 4,500 meters and are defined by the oceanic rise. The Weddell Sea, located near the Antarctic Peninsula’s coast, is the Southern Ocean's largest sea, covering 2.8 million km2. Other major seas include Somov, Riiser-Larsen, Lazarev, Scotia, Cosmonauts, and the Ross Sea.