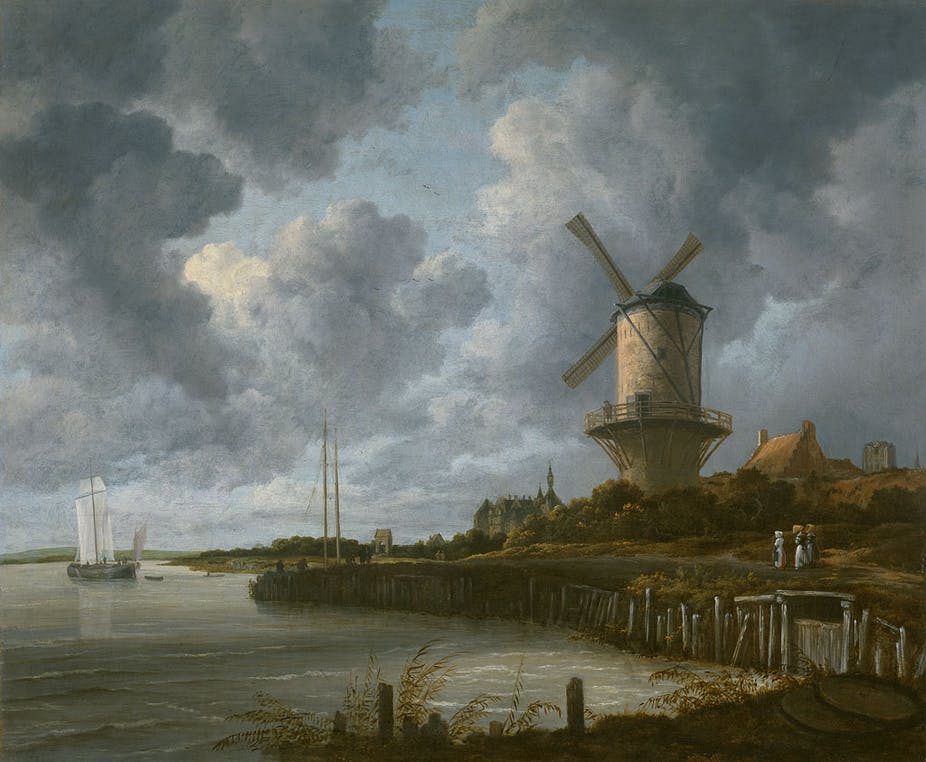 Int'l - Solar farms, power stations and water treatment plants can be attractions instead of eyesores

Amid the economic and social fallout of the COVID-19 pandemic, many people see the process of restarting society as a chance to do things differently. Some organizations are calling for big investments in infrastructure, both to generate jobs and to promote green economic growth.

But projects that sound worthy in the abstract can meet stiff resistance when it’s time to break ground locally. For example, in 2012 I served on a committee tasked with choosing an energy provider to build a solar farm on an old landfill in the progressive town of Amherst, Massachusetts. Neighbors, who were not consulted, fought to preserve a bucolic meadow that had grown up on the landfill site. After several lawsuits, the project died an unhappy death.

This debacle got me thinking. As an architectural historian, I knew that Americans had not always been so disconnected from facilities that produced necessities like food, energy and clean water. My new book, “Landscape and Infrastructure: Re-Imagining the Pastoral Paradigm for the 21st Century,” explores how Western views of the systems that sustain society have evolved. It also highlights contemporary projects that successfully marry infrastructure and community into places where people want to be.

In European landscape paintings from the 17th and 18th centuries, such as Jacob Ruisdael’s Dutch landscapes, windmills compete with church spires for prominence on the skyline. This wasn’t just an aesthetic choice. Painters focused on windmills because they generated wealth and prosperity.

Classic English landscape gardens include a feature called a ha-ha – a grassy trench running across a lawn, reinforced by a sunken wall that was invisible from the main house. This created a view of what looked like unbroken lawn, grazed by sheep and cattle – key sources of wealth and prosperity – while separating visitors from the animals and their waste.

In the 19th and 20th centuries a handful of architects and artists wrangled with weaving infrastructure and nature together. Frederick Graff’s 1823 Fairmount Water Works protected Philadelphia’s water supply and drew hordes of visitors to admire its Neo-Palladian architecture and landscape park along the Schuylkill River.

And in the 1930s Frank Lloyd Wright envisioned a utopian community called Broadacre City – his Depression-era answer to urban planning. This project, which was never built at scale, wove together gardens, industry and residences into what he called a Usonian society – one that offered Americans deeper connections with nature and productivity.

Yet as societies industrialized, artists and landscape architects began to downplay or separate industry and infrastructure from their views of nature. People came to understand nature as something unspoiled and separate from modern communities – a view that still dominates today.

As cities and suburbs expanded in the 19th and 20th centuries, so did power stations, water treatment plants and waste facilities. Increasingly, these structures were built on the industrial fringes of metropolitan areas, out of sight and out of mind. Often they were located in underserved communities that lacked the political clout to object.

Even renewable energy systems, for all of their green cachet, often perpetuate this destructive tradition. Many solar farms across the U.S. are lifeless slabs encircled by chain link fences, taking up land and habitat. For most of us, the idea that infrastructure can be inviting and aesthetic seems contradictory.

What’s the alternative? In my book I highlight recent infrastructure projects whose creative teams included artists, architects or landscape architects and invited community input. These facilities don’t just generate electricity or process waste: They also offer recreation and education, and connect visitors to the sources of their energy and drinking water.

Hampden, Connecticut’s water filtration plant, completed in 2005, is one such ecological and aesthetic asset. The structure, which resembles an inverted silver teardrop, emerges from a landscape carefully designed to mimic the filtering processes that happen within the building. Paths and ponds around the site provide recreation, education and wildlife habitat.

The Solar Strand at the University at Buffalo, New York, designed in 2012, is a dramatic contrast to fields of solar panels arranged in unbroken rows. Laid out like a strand of DNA, irregular placement of arrays creates breakout spaces for outdoor classrooms. Paths meander through, wildflowers bloom and rabbits graze. It is a place of learning and recreation that showcases the school’s commitment to clean energy.

Copenhagen’s Amager Bakke waste-to-energy plant, completed in 2019, converts trash to electricity and provides an artificial ski slope and climbing walls for visitors who come to recycle their washing machines, paper and plastics. The ski track on the plant’s sloping roof is bordered by green plantings that spread seeds across the surrounding landscape. Waste-to-energy plants are highly unpopular in many places, but developers built a new apartment complex near Amager Bakke to take advantage of the recreational opportunities it offers.

The Solrøgård Energy, Climate and Environmental Park, opened in 2019 in Hillerød, Denmark, is home to a recycling center, geothermal energy system and state-of-the-art wastewater treatment plant. The plant features two buildings, bifurcated by rainwater gardens and flowering trees, tucked within the landscape. Paths lead over their grassy roofs, and large windows offer views of the treatment processes taking place inside.

All of these facilities involve the surrounding community, educate the public and include nature and the landscape. Such creative approaches could have avoided the bitter dispute Amherst experienced in 2012.

Projects like these demonstrate that infrastructure can do more than provide energy and water: It can also create aesthetically welcoming spaces for society. As U.S. leaders consider how to restart the economy, I believe they should consider investing in projects that are not only productive, but enhance and revitalize the communities around them.

[Insight, in your inbox each day. You can get it with The Conversation’s email newsletter.]

Global perspectives bring breadth and depth to news about the most pressing issues of our time, from mass migration to religious conflict and political upheaval. That's why The Conversation seeks out historians, political scientists, philosophers and legal ethicists from across the world to share their insights. Please help us continue our vital work.

Write an article and join a growing community of more than 104,600 academics and researchers from 3,328 institutions.