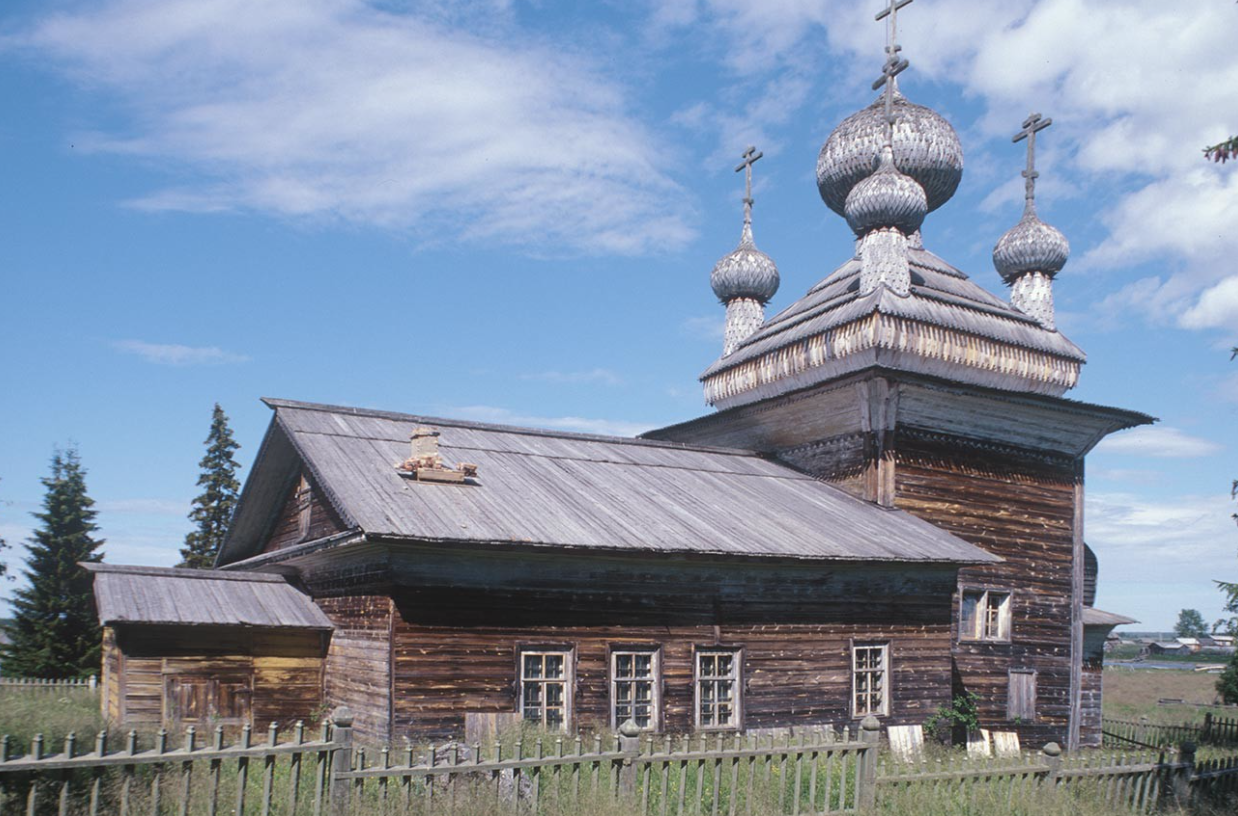 Int'l - Riders to the Sea: Archaic villages on the White Sea

Historian and architecture expert William Brumfield discovers the wooden relics of life in the Russian North.

At the beginning of the 20th century the Russian chemist and photographer Sergey Prokudin-Gorsky developed a complex process for vivid, detailed color photography (see box text below). Inspired to use this new method to record the diversity of the Russian Empire, he photographed numerous historic sites during the decade before the abdication of Nicholas II in 1917.

Prokudin-Gorsky’s final expedition took place in the historic Russian North during the late summer of 1916 as the Great War raged in Europe. His special passage during these difficult times was enabled by a state commission to photograph railroad construction north along the White Sea to the new port of Murman (now Murmansk), built to receive Western military supplies for the hard-pressed Russian armies.

The White Sea (Beloye More) is the primary geographical feature of the Russian North. For centuries, its natural bounty has supported those hardy souls willing to endure its severe climate. Its rocky western shore gave rise to fishing villages that provided sustenance to Russian settlers in this strategically important region.

Prokudin-Gorsky’s route in 1916 passed near ancient settlements along the western shore of the White Sea. My visit to this area occurred not quite a century later, in the summers of 2000 and 2001.

Soroka: Entrance to the White Sea

Among these coastal settlements was the fishing village of Soroka, established as early as the 12th century and situated in what is now the Republic of Karelia. Its name, related to the Karelian word for island (soari), refers to its primary location on an island archipelago in the Vyg River estuary.

The Soroka village was evocatively photographed by Prokudin-Gorsky with full attention to its aquatic environment. Among the landmarks visible in his views are two wooden churches, one dedicated to the Trinity (1894) and the other dedicated in 1913 to Sts. Zosima and Savvaty, founders of the great Solovetsky Transfiguration Monastery nearby in the White Sea.