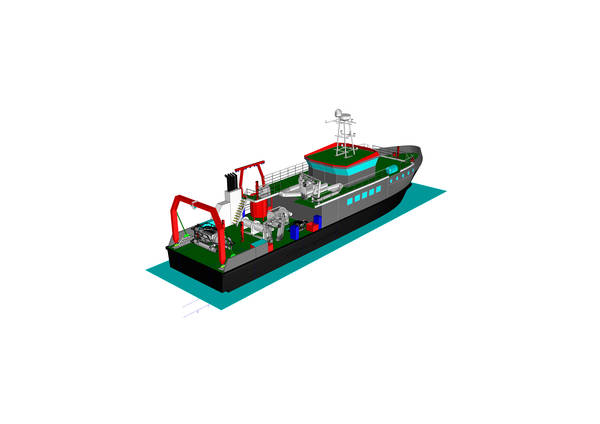 Ship stationed in Naples will host 14 researchers, ready in 2022

(ANSAmed) - NAPLES, 06 LUG - A 35-metre-long ship called "Dohrn", which will be able to host 14 researchers and six crew members and will be equipped with the most modern technological instruments, is the new research ship of the Stazione Zoologica Anton Dohrn (SZN) research centre - Ecological Biology and Marine Biotechnologies Institute of Naples.

The construction of the new research infrastructure started a few months ago at the Cilentani Shipyard and is scheduled to be ready by the end of 2022.

Italy has very few research ships but now the "Dohrn" will change that.

Thanks to financing by the Italian Education Ministry as part of the PON PRIMA project "Strengthening Marine Research and Infrastructure" (EMBRC - IT), the Stazione Zoologica Anton Dohrn began the strengthening of its infrastructure for research, which will allow it to strengthen studies in the deep sea and in extreme environments such as underwater volcanoes to study their life, ecology and biotechnological opportunities.