International
Several hundred people participate in the “salute to healthcare workers of the world” on the deck of the Celebrity Eclipse on March 21. (Photo courtesy of Vivian Miller). 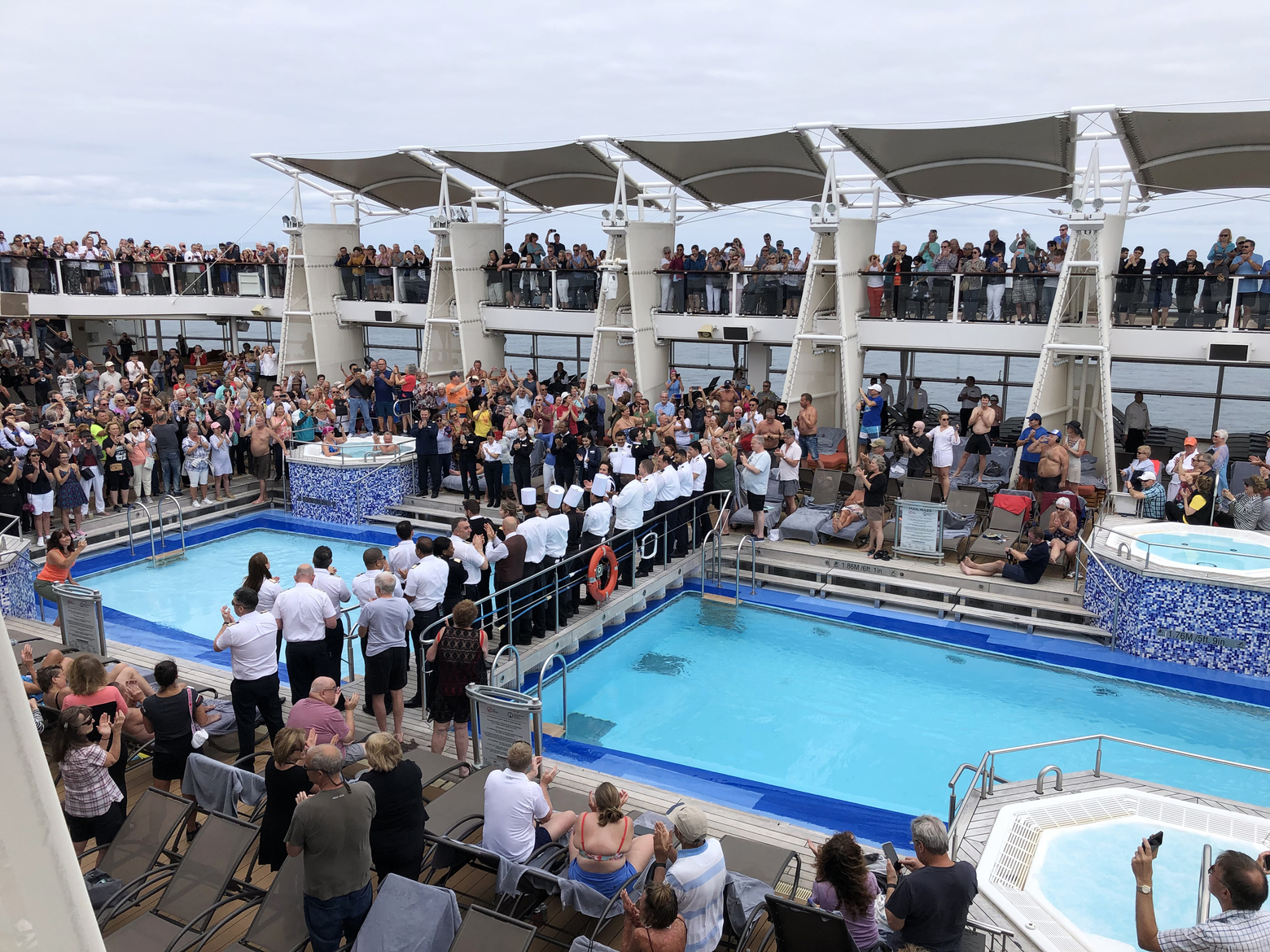 On land, more than 300,000 people worldwide had contracted the deadly coronavirus, and the governor of California had just ordered all 39 million residents to stay at home. But as the Celebrity Eclipse cruise ship steamed north across the Pacific Ocean on March 21, hundreds of passengers crammed together on the ship’s pool deck and overlooking gangways.

As they stood shoulder-to-shoulder and crowded around pool chairs, the captain led the ship in a special salute to health-care workers of the world, an onboard version of the nightly applause adopted by some cities to honor medical professionals battling the novel coronavirus.

Five days later and thousands of miles away in the Atlantic, a group of British passengers aboard another ship, Coral Princess, likewise gathered elbow-to-elbow to cheer the United Kingdom’s National Health Service.

The celebratory mood did not last long. Soon, passengers on both ships were contending with flu-like symptoms.

There have been 150 coronavirus cases and six deaths reported so far among passengers of the two vessels, which finally docked weeks after the virus was declared a global health crisis, according to a Washington Post tally. Two people died on the Coral Princess before passengers could even come ashore in Miami.

The Eclipse and Coral Princess were among scores of ships that continued voyages even after early outbreaks on other vessels, carrying thousands of international passengers to far-flung ports and helping seed the virus around the globe, health officials say.