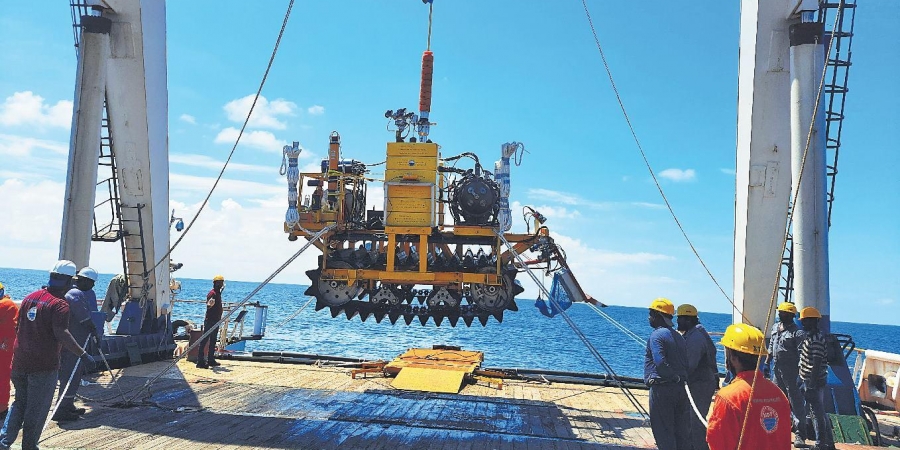 Even as the deadly second wave of coronavirus engulfed the country and brought life to standstill, the NIOT crew undertook a gruelling voyage onboard research vessel ORV Sagar Nidhi traversing 1,700 nautical miles (3,000 km approx) to execute a complex mission of field testing the 8-tonne crawler sending it to 5,270 metres deep down into the Indian ocean.

The crawler is a key component of Varaha deep sea mining technology, which is underdevelopment for harvesting polymetallic nodules from the depths of 6 km in the area allocated to India by the International Seabed Authority (ISA) in the Central Indian Oceanfor survey and exploration. It is part of Indian government's ambitious Deep Ocean Mission, which was formally launched last month with a purse of Rs 4,077 crore.

NIOT director GA Ramadass told The New Indian Express that the locomotion trails were successful and met all the intended objectives, paving way for the next level of development and trials at sea. "Entire underwater operation was transmitted live to NIOT and the Ministry of Earth Sciences headquarters via satellite link."

He said this test subsea mining machine forms the first level of the Integrated Mining System called Varaha. "This machine will be used for collecting polymetallic nodules, lying on the surface and just below the surface of the seabed, in the nodule bearing parts of the ocean. The subsequent stages of the development, viz. pumping the slurry of crushed nodules and seawater from these depths to the mother ship using a high pressure positive displacement pump and a riser hose, are in progress. An integrated demonstration is expected by 2024," Ramadass said.

The current trials conducted is a first for India at these enormous depths of over 5 km. This is also the first locomotion demonstration anywhere in the world for a seabed crawler, tethered to the ship through an umbilical cable, intended for deep sea mining.