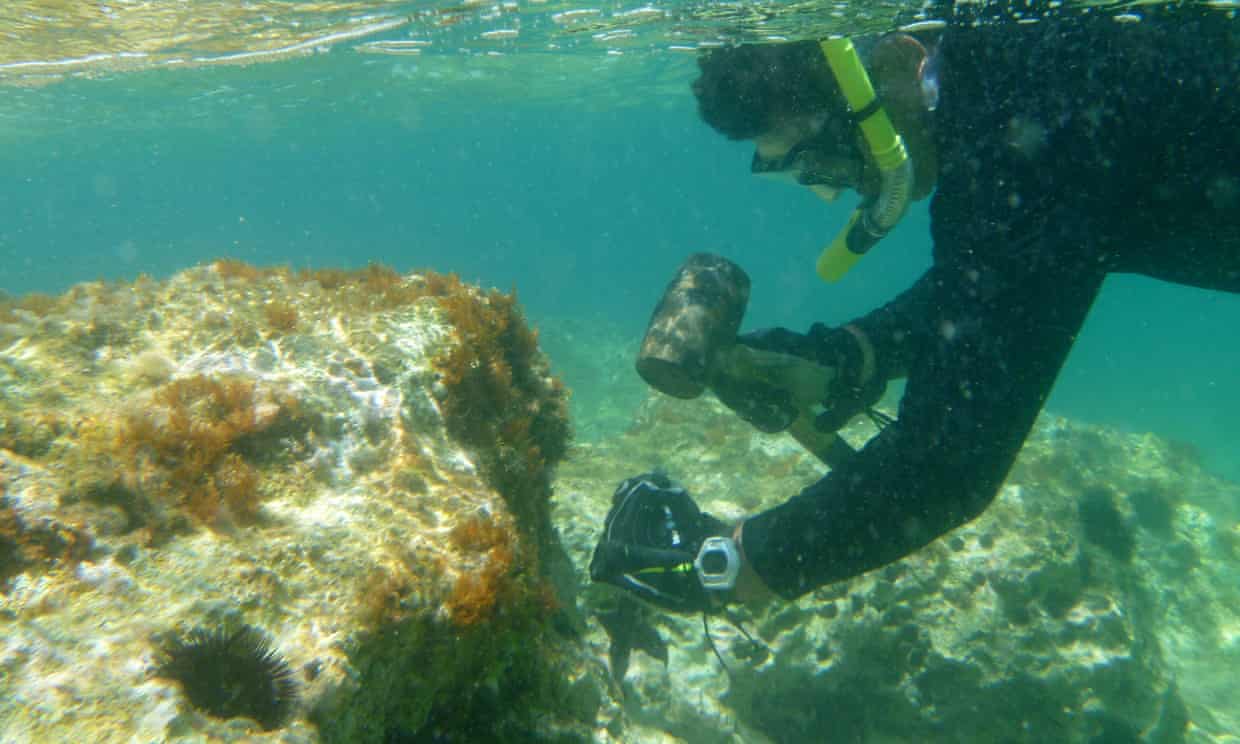 Int'l - Mafia mussel: the fight to save a mollusc from the mob

As poaching of date mussels wrecks Naples’ reefs, police joined biologists to find the gangs behind it

After a three-year investigation into two organised crime groups in Italy’s Campania region that included wire taps, surveillance and nearly 100 suspects, police cracked down with a dozen arrests in March – not for offences linked to drugs or prostitution, but for the illegal harvesting of a small mollusc.

Known as date mussels, Lithophaga lithophaga are cigar-shaped shellfish that make their homes inside limestone, secreting an acid that slowly carves out a tunnel in the rock. They take decades to grow – anywhere from 18 to 36 years to reach just 5cm in length – and can live for more than 50 years.

But it takes just a few seconds, using sledgehammers or explosives, to pry them loose – devastating the marine environment in the process. Date-mussel fisheries are regarded by scientists as one of the world’s most destructive practices in marine habitats; ecosystems can take more than 50 years to recover from the damage.

“What’s left after a date mussel harvest is a moon-like landscape: white rocks without any life form left on them,” says Giovanni Fulvio Russo, president of the Italian Society of Marine Biology.

As a result, fishing for or selling date mussels is illegal in the EU. But date mussels are a revered delicacy in Italy, regarded by some people as an aphrodisiac. On the black market 1kg (2.2lb) can fetch up to €200 (£170).

That has attracted shady operators – and has in turn led to the destruction of much of the rocky reefs along the renowned Amalfi coast and the sea stacks of Capri, where so far nearly half of underwater sea walls have been attacked by hammering and explosives. Although Italian police have been seizing mussels and fining poachers for 30 years, gathering mussels was long considered as merely a misdemeanour, with no threat of prison sentences, and leaving poachers free to continue their destructive harvesting.