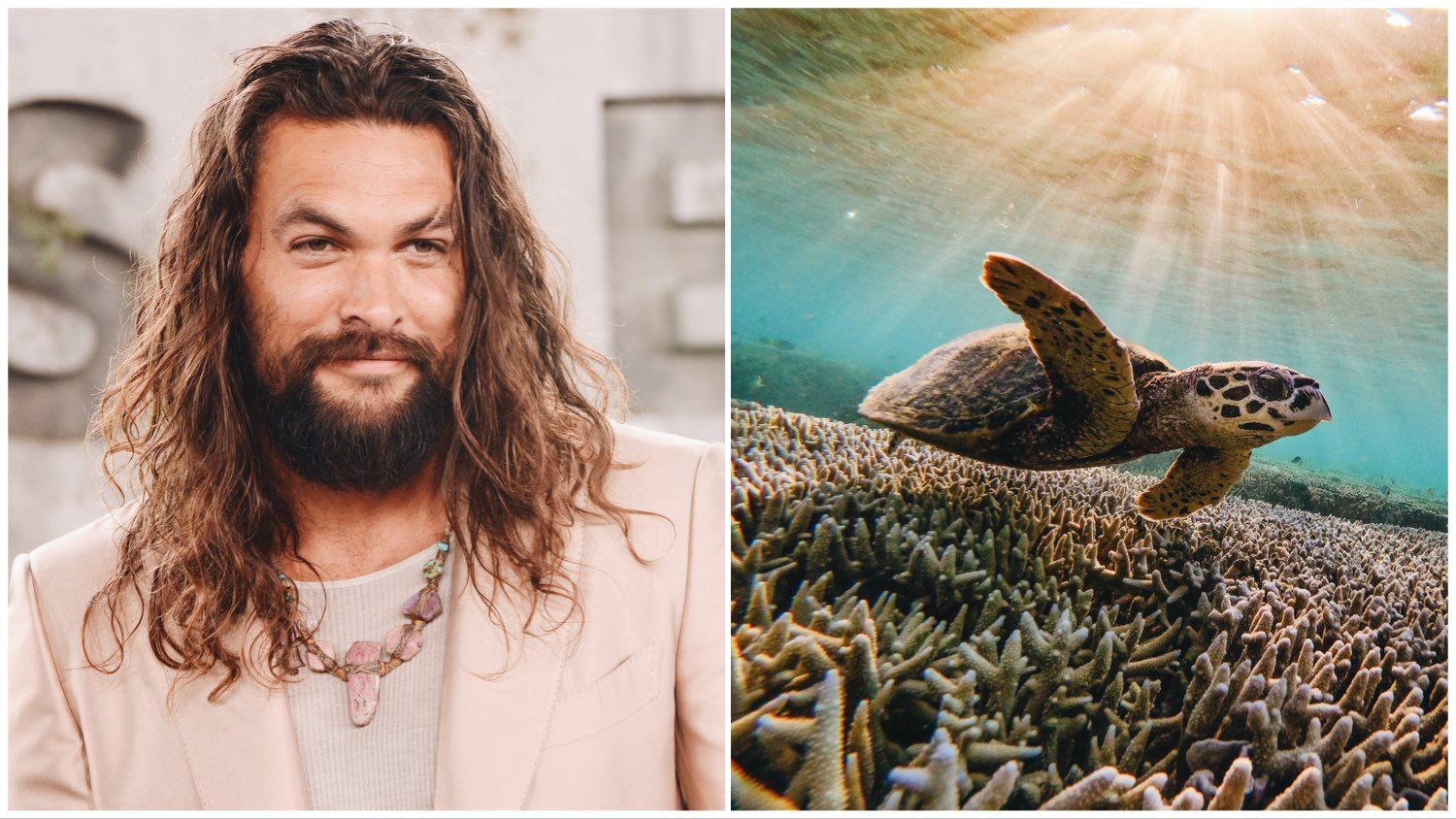 Int'l - Is Jason Momoa an Environmentalist? Why He's Campaigning to Save the Great Barrier Reef

Jason Momoa and Joanna Lumley are backing calls by UNESCO to recognize the Great Barrier Reef as endangered, an important step towards ensuring its protection.

Jason Momoa and Joanna Lumley are two of the latest media personalities and environmentalists to back the labeling of Australia’s Great Barrier Reef as endangered.

Momoa and Lumley—both actors and advocates for a wide variety of causes—join journalists and explorers Philippe and Ashlan Gorse Cousteau, Mission Blue president Sylvia Earle, filmmaker Adrian Grenier, the Prince of Monaco HSH Prince Albert II, and several other notable public figures in calling for the recognition of climate change’s effect on the one-of-a-kind reef.

Later on this week, the World Heritage Committee will decide whether to place the world-famous reef system on its endangered list following instances of mass coral bleaching. Endangered classification will mean additional protection measures to ensure the continued survival of the Great Barrier Reef.

“The climate emergency is already evident in the Great Barrier Reef,” say the signatories, in a statement published by the Australian Marine Conservation Society. “Over the past five years, three severe coral bleaching events fuelled by global warming have caused mass coral mortality.”