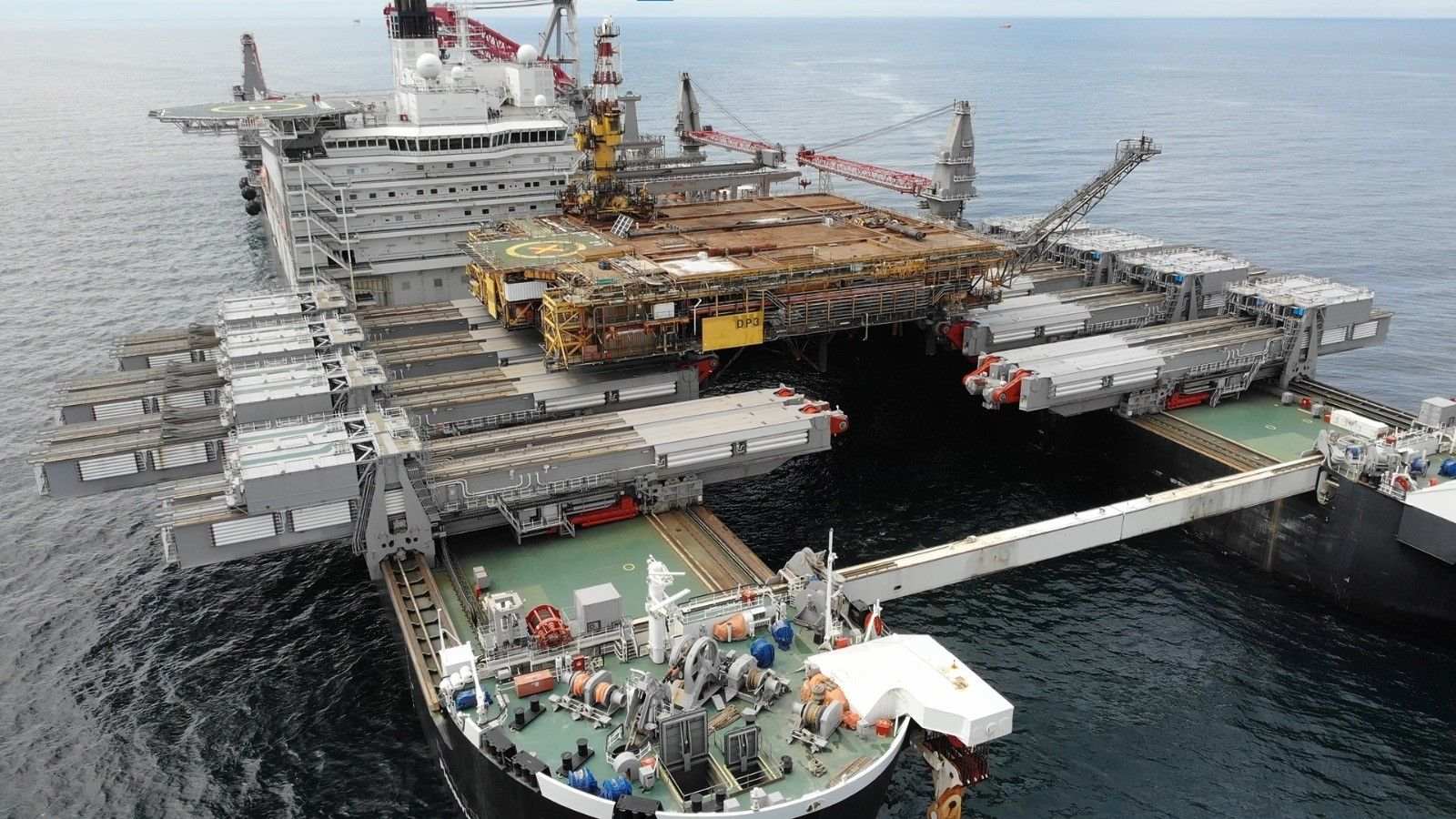 This follows the removal of the adjacent DP4 topsides and subsequent transport to the UK in April, Allseas said in a statement late on Wednesday.

To remind, Allseas was awarded a contract to remove the DP3 and DP4 platforms from Morecambe Bay for Spirit Energy back in early January 2021.

The infrastructure used to produce gas as part of Spirit Energy’s complex of eight installations in Morecambe Bay. As the field has matured, the reserves the platforms previously tapped into have been produced by the larger, manned Central Morecambe platform nearby.

Meanwhile, the vessel was equipped with a second unique lift system capable of removing and installing complete offshore jackets weighing up to 20,000 t in one go.

According to its owner, the vessel’s motion-compensated lift technology proved hugely effective in the shallow waters of Morecambe Bay, renowned for strong currents and challenging tidal conditions. For both the DP3 and DP4 operations, it was a matter of hours between arrival in the field and safe execution of the topsides’ lifts.