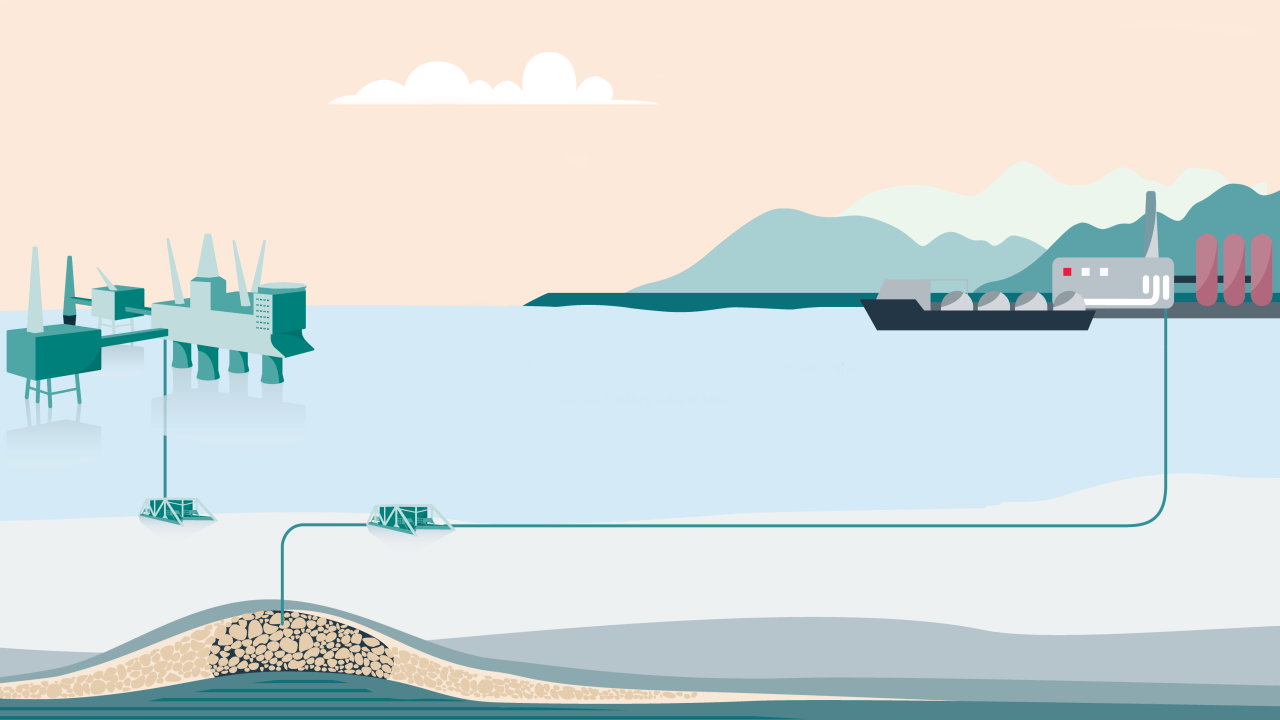 Equinor, Shell and Total have made a historic investment decision in, the Northern Lights Project, Norway's first exploitation license for CO₂ storage on the Norwegian Continental Shelf

"The Northern Lights project could become the first step to develop a value chain for Carbon Capture and Storage (CCS), which is vital to reach the global climate goals of the Paris Agreement. Development of CCS projects will also represent new activities and industrial opportunities for Norwegian and European industries, says Anders Opedal, executive vice president for Technology, Projects & Drilling at Equinor.

According to NPD, since 1996, CO2 has been removed from the Sleipner Vest gas and injected in the Utsira Formation. One million tonnes of CO2 is stored in the subsurface every year.

Since 2007, 700 000 tonnes of CO2 per year has also been stored at the Snøhvit field. It is separated from the gas in the processing facility on Melkøya before it is sent by pipeline down into a reservoir located around 140 kilometers from land.

Regular surveys are performed to monitor how injected CO2 fills the storage area.

The Norwegian Petroleum Directorate has mapped areas that may be suitable for safe, long-term storage, an endeavor that resulted in a CO2 storage atlas for the Norwegian shelf.

The authorities gave Equinor and partners an exploitation license for storage of CO2 in January of 2019. According to the plan, Northern Lights will submit a Plan for development and operation (PDO/PIO) in the spring, which is now submitted.

Nauticus Live reported earlier that, if the development plan gets a green light, Northern Lights has made a commitment to store 1.5 million tonnes of CO2 for the authorities, every year for 25 years.

The project will be developed in phases.