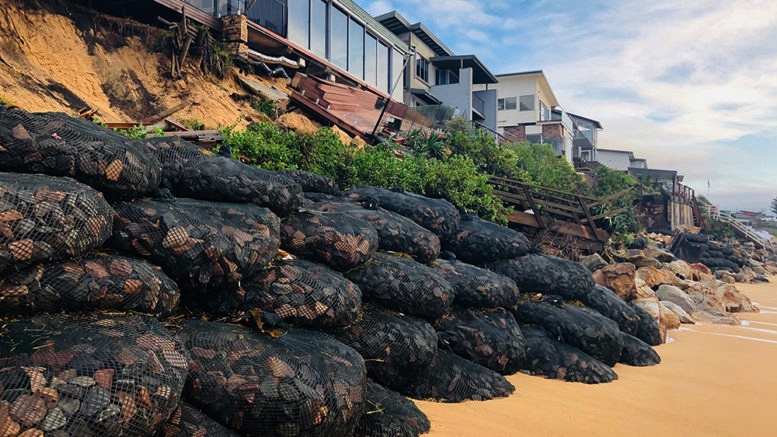 A staff report on the use of sand from the Sydney Metro West Tunnel to nourish Wamberal Beach listed potential risks including environmental impacts, temporary water quality changes and public perceptions around “dumping”.

According to the report, the sand is not proposed to be washed and may contain a fine silt component.

The potential impact of this silt would need to be considered in the environmental assessment, planning and approvals phase before making any commitment to accept the material, the report said.

“Once excavated and sorted the sand would be placed on barges and transported to nominated locations, including Wamberal Beach,” it said.

It would then be released from the barge into the embayment approximately 100 metres offshore where the sand would be transported onshore naturally by currents and tides.

“Guidance has been sought from the Department of Planning, Infrastructure and Environment (DPIE) on the approvals pathway.

“This is still to be confirmed.