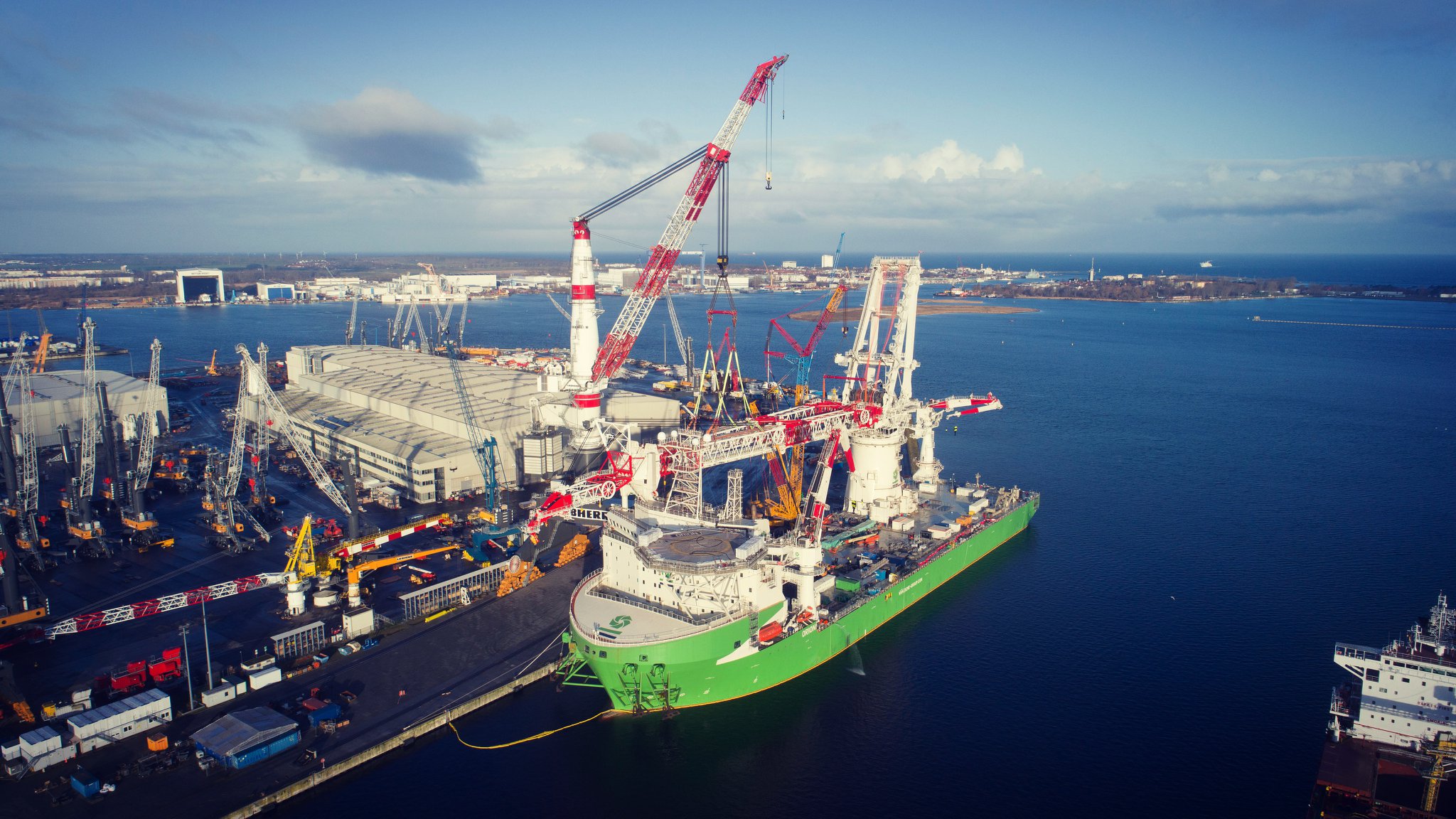 The Orion is under construction and owned by COSCO (QIDONG) OFFSHORE CO., LTD. – Video below. Oil & Gas 360 Publishers Note: I am glad no one was killed, but would someone answer the phone in the film?

COSCO is expected to deliver the DP3 vessel to DEME NV in the second half of May.

Orion arrived in Rostock to undergo the installation of the Liebherr HLC 295000 crane in November 2019. The crane was installed at the end of February.

The crane has suffered significant damage. The extent of the damage to the crane and the vessel will be investigated in the upcoming days and weeks, according to DEME.

Upon delivery, Orion was scheduled to travel to Scotland to start installing jacket foundations on the 950 MW Moray East offshore wind farm.