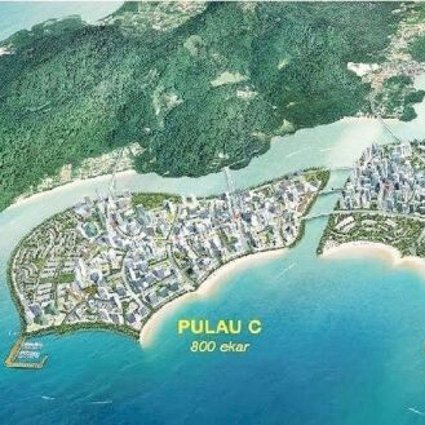 Malaysia’s severe Covid-19 situation may be front and centre of public attention, but in the northern state of Penang, state administrators are contending with a separate headache as a debate against a multibillion-dollar island-building plan once again rears its head.

Environmentalists contend that the 4,500 acre blueprint for the Penang South Reclamation (PSR) project, also known as BiodiverCity, will have a devastating impact on marine ecology and insist it is not necessary given vast tracts of land available elsewhere.

The critics also say that amid widespread work-from-home practices – spurred on by the Covid-19 pandemic – demand for office space is likely to diminish, thereby rendering commercial developments on the project white elephants.