International
Bangladesh has begun efforts to move nearly 2.2 million people to storm shelters to avoid casualties as Cyclone Amphan bears down on the coastline. 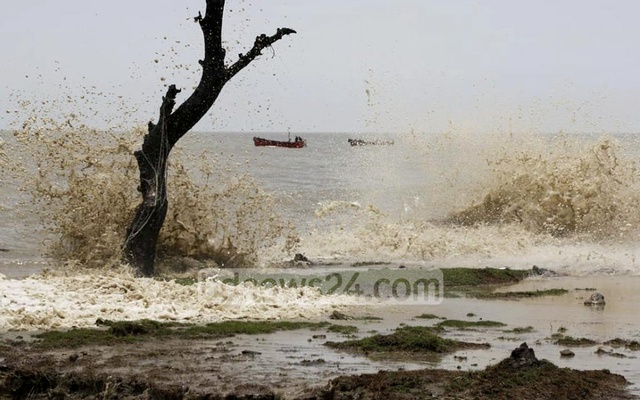 People threatened by the cyclone in the coastal districts will be evacuated to safety by 8 pm Tuesday, said State Minister for Disaster Management and Relief Enamur Rahman.

Storm alerts will be raised to the maximum level at 6 am Wednesday, he said.

The cyclone is expected to make landfall at 6pm Wednesday, the minister said at a virtual press briefing on Tuesday.

Describing the severe cyclonic storm as a new danger amid the coronavirus outbreak, Enamur said, “Bangladesh is viewed as ‘a role model’ when it comes to calamity management.”

The evacuees have been advised to wear face masks and maintain physical distance from each other upon arriving at the storm shelters, he added.

The government has also formed a medical team to supply urgent medicine while Navy and army personnel are working to evacuate people from low-lying areas.

"All the relevant ministries are on alert. All fishing boats and trawlers have been advised to take shelter immediately and remain there until further notice," said Enamur.