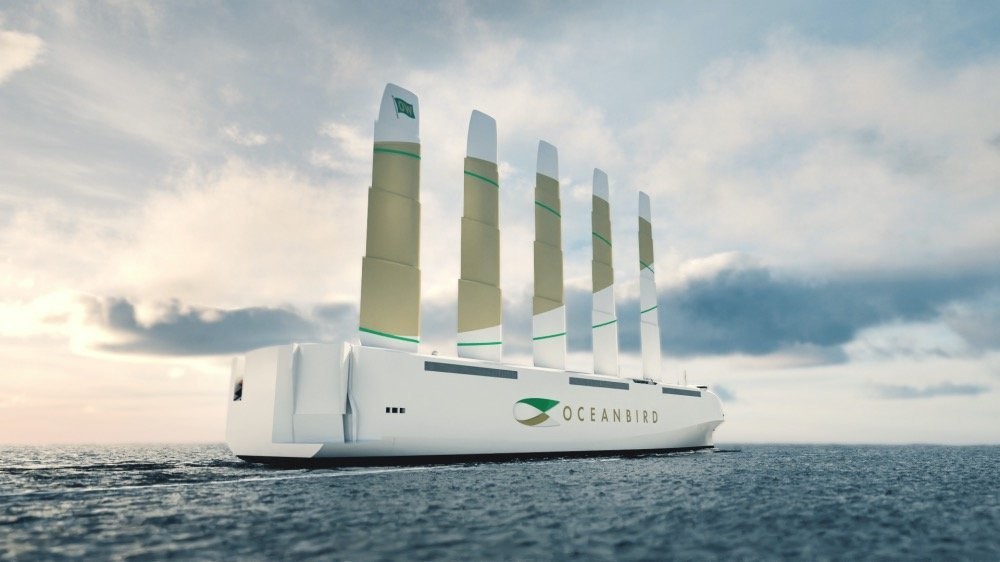 Int'l - Back to the future: Swedish firm bets on wind-powered cargo ships

Shipping accounted for 2.9% of man-made greenhouse gas in 2018, and the industry's share of planet-heating emissions has been rising in recent years, according to the U.N.'s International Maritime Organization.

One solution may be to turn the clock back to pre-industrial times and again hoist sails to carry cargo around the world.

Sweden's Wallenius Marine AB, which designs and builds ships, is currently testing a sleek white model of an "Oceanbird" automobile carrier in a bay in the Baltic Sea.

Per Tunell, Wallenius' chief operating officer, said results from the seven-metre model were encouraging and that he was "very confident" the full-scale Oceanbird will be ready to order by the end of next year.

The sail-driven ship could be in service in 2024 on Atlantic routes, he said.

The Oceanbird will be 200 metres long with capacity to carry 7,000 cars. It may be the tallest sailing ship ever built, equipped with wing sails reaching 105 metres above the water.

The vessel will have engines as a backup, but aims to save 90% of carbon emissions compared to a conventional ship run on polluting bunker fuel.

It will take Oceanbird about 12 days to cross the Atlantic, compared to eight for a fuel-powered ship.

The design "could also be applied as a cruise vessel, a bulk carrier, a tanker," Tunell said. "One of the key conditions is that it shall be commercially feasible."

Oceanbird would probably cost a bit more than a conventional car carrier, he said, declining to estimate the exact price.