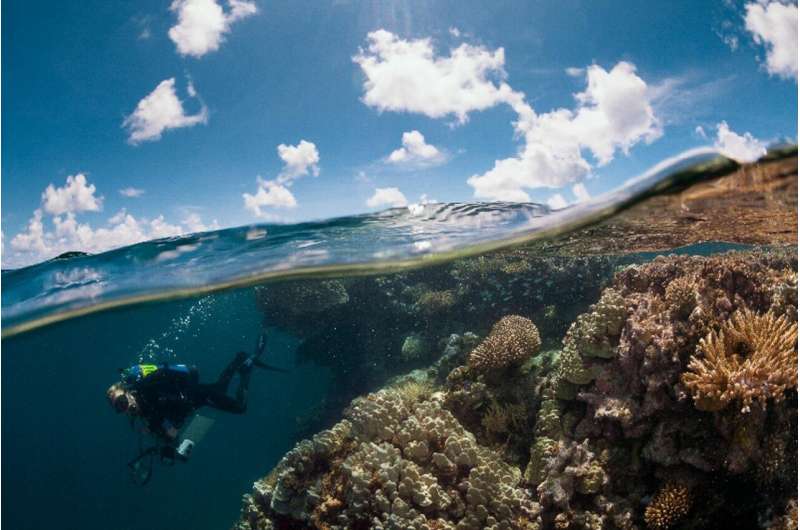 This innovative method, presented today at the International Coral Reef Symposium (ICRS), can determine which natural and anthropogenic factors are most likely to lead to persistently vibrant coral and fish communities. Their findings can help scientists identify the reefs most likely to survive in a changing world.

The new models are a first step in being able to produce maps of global coral reef resilience.

To create these models, scientist Anna Bakker needed a lot of data on coral reefs from many countries across the South Pacific. She found what she needed in the data collected on the Khaled bin Sultan Living Oceans Foundation's (KSLOF's) Global Reef Expedition—a 10-year research mission that circumnavigated the globe to study the health and resiliency of coral reefs in an attempt to address the coral reef crisis. This expedition was an ambitious undertaking, involving more than 200 scientists from around the world who worked together with local experts to survey more than 1,000 reefs in 16 countries. In addition to a treasure-trove of standardized and geo-referenced data on coral cover, fish biomass, and algae, the expedition produced over 65,000 square kilometers of high-resolution marine habitat maps that KSLOF verified with data collected in the field.

"This research would not have been possible without the massive amount of field data collected on the Global Reef Expedition," said Anna Bakker, a Ph.D. student at the University of Miami's Rosenstiel School of Marine and Atmospheric Science and the lead author of the study. "The sheer amount of benthic and fish observations collected in the field from around the world enabled us to take a holistic look at indicators of coral reef health—such as coral cover or fish biomass—and figure out what drives one coral reef to be healthier than another."

Bakker pooled all of the data collected in the South Pacific—from Palau, the Solomon Islands, New Caledonia, Fiji, Tonga, the Cook Islands, and French Polynesia—into her models. She correlated fish biomass as well as coral and algal cover with dozens of natural and anthropogenic factors such as wave energy, degree heating weeks, human density, and protected areas to determine which factors were driving differences observed in the marine environment.