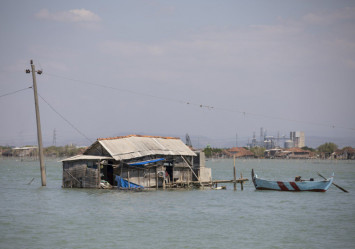 Two small islands in South Sumatra have disappeared as a result of rising sea levels driven by climate change, while four other islands are already on the brink of vanishing, the Indonesian Forum for the Environment (Walhi) has claimed.

The province’s Betet Island and Gundul Island ─ which technically fell under the administration of Banyuasin regency ─ have submerged, currently sitting 1 meter and 3 meters below sea level, respectively, according to Walhi data.

“These islands were uninhabited. One of the islands, Betet, is a part of Berbak-Sembilang National Park,” Walhi South Sumatra executive director Hairul Sobri said on Tuesday.

Should there be no significant efforts to address the ever-rising oceans, four other islands in the area with elevations of less than 4 meters above sea level could follow suit and disappear sooner or later, Hairul said.