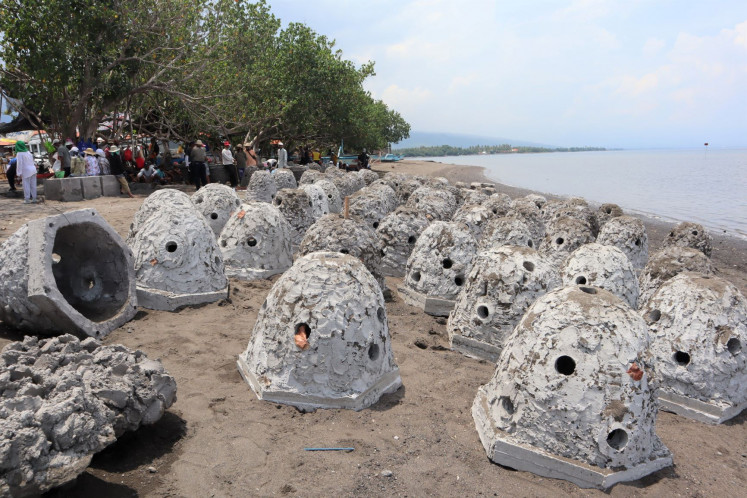 A group of villagers gathered near the iconic dolphin statue in Lovina, North Bali that morning in November last year.

The once bustling tourist destination was now otherwise quiet.

“It’s been very deserted since March,” said Ketut Artini, a local trader who used to sell fabrics to tourists on the beach, recalling the start of the COVID-19 pandemic.

Today, locals follow the Balinese tradition of ngayah, in which young and old work together for traditional and religious events, with a modern focus. They line the beach with ropes and bamboo poles to build structures on which coral can be planted, as part of the nation’s largest reef restoration program.

The program’s local coordinator, Kadek Fendi Wirawan, said more than 250 people were involved, including workers who had been laid off from the tourist industry, returning migrants and those struggling to find work elsewhere.

Job losses during the pandemic have been widespread in coastal communities, which directly or indirectly rely on tourism.

A survey of 152 marine tourism businesses by the Indonesian Diving Business Association (PUSI) also found around one-third had ceased operations.