International
Bolifushi, an island in Kaafu Atoll, in the Maldives. via Wikimedia Commons 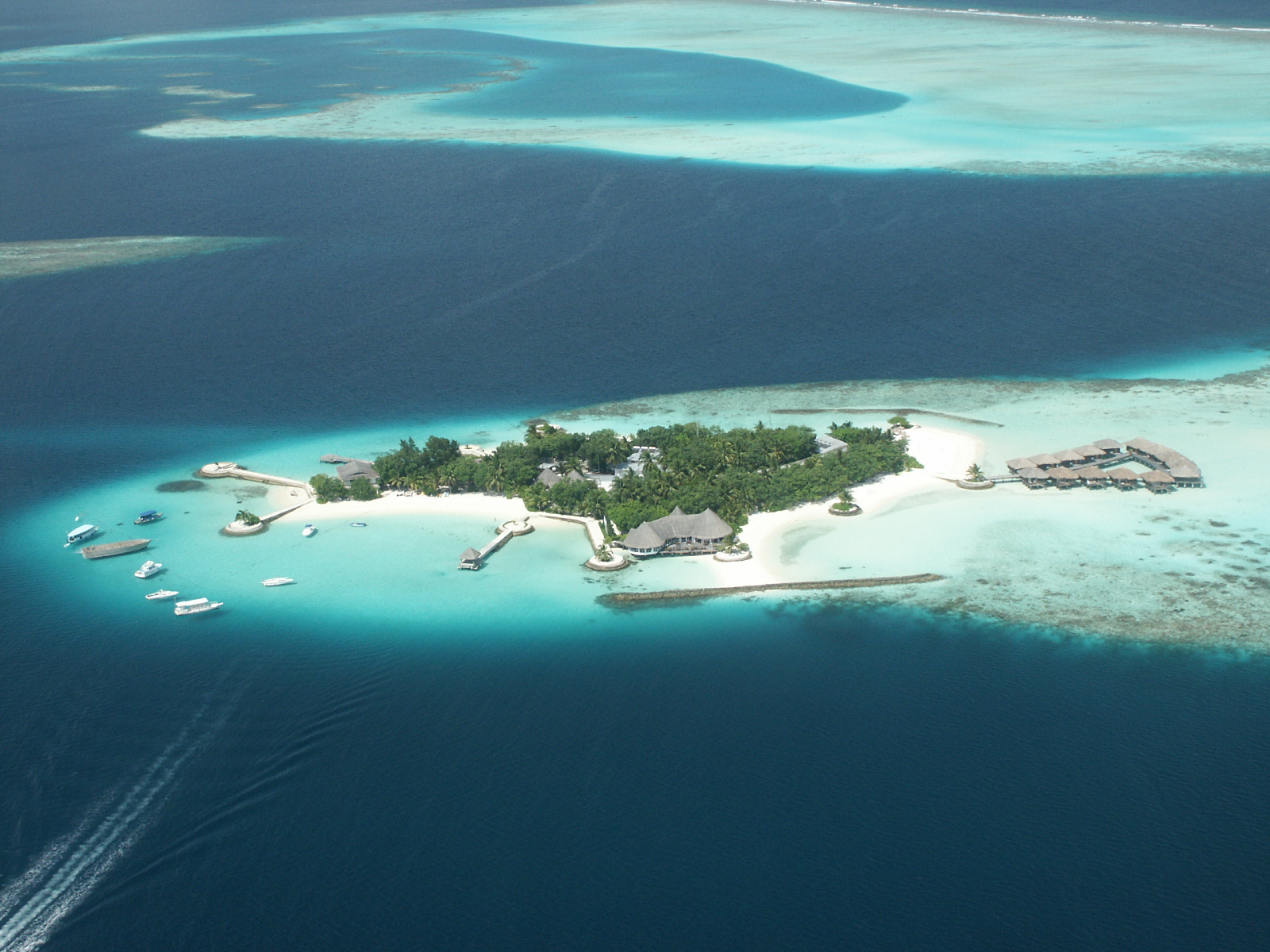 The modern island of Hulhumale is taking shape 8km off the north-east coast of Malé island in the Maldives in direct response to the threat posed by inexorably rising sea levels.

Scattered across the Arabian Sea, south-west of Sri Lanka and India, the Maldives present the face of a dreamy, tropical idyll to travellers from all over the world, who fly in to savour picture-perfect coral atolls fringed with white sand, luxurious resorts and world-class water sport.

But perhaps no other nation faces an environmental threat quite like the Maldives. Its luxury beach resorts may be world-famous, but with more than 80% of its scattered 1,200 islands less than 1m above sea level, rising oceans threaten its very existence.

“We are one of the most vulnerable countries on Earth and therefore need to adapt,” said the country’s vice president Mohammed Waheed Hassan in a 2010 World Bank report that warned how, at current predicted rates of sea level rise, all of the Maldives’ around 200 natural inhabited islands could be submerged by 2100.

But Maldivians are determined to fight back to preserve their existence. Back in 2008, then-president Mohamed Nasheed made global headlines by announcing a plan to buy land elsewhere so his citizens could relocate should islands become submerged. That plan gave way to considering whether it might be best to work with the sea rather than against it, by building floating urban developments – as has been done in cities like Amsterdam.

Instead, the Maldives turned to a different form of geo-engineering: creating a 21st-Century city, dubbed the “City of Hope”, on a new, artificial island christened Hulhumalé.

Pre-Covid, curious tourists could visit the new island city as it takes shape around 8km from the capital city of Malé by hopping on a 20-minute bus from the airport over the bridge. Yet, few who come to the Maldives on short luxurious breaks will think about the pragmatic social issues Hulhumalé aims to solve. With more than 500,000 inhabitants scattered across the archipelago, delivery of services is one resource-draining logistical nightmare. Lack of job opportunities is another, driving youth unemployment to more than 15%, according to a 2020 report by the World Bank.