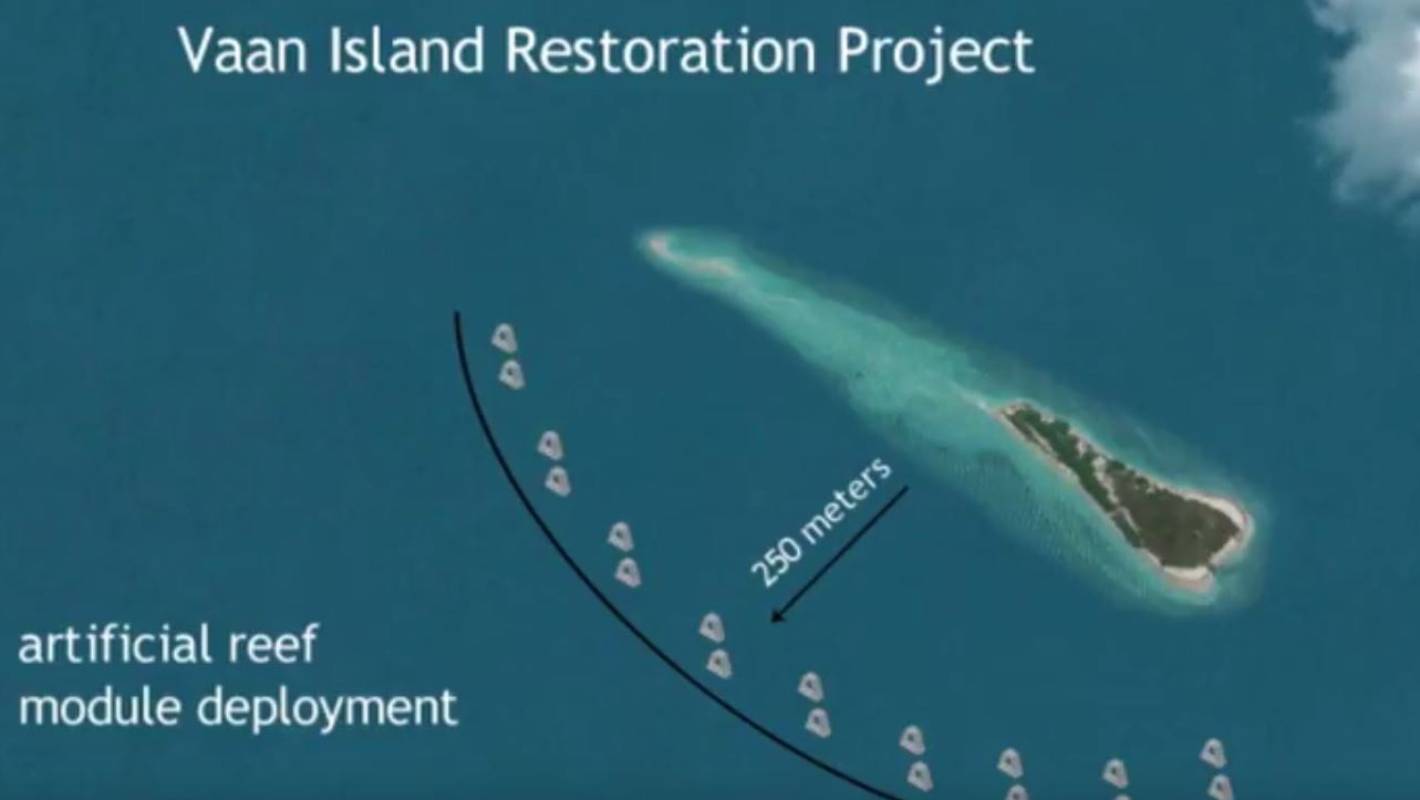 Vaan Island in India’s Gulf of Mannar has been rapidly disappearing into the Laccadive Sea. But a team of marine biologists is working to save it.

Hundreds of fishing boats bob on the bright blue waters surrounding Vaan Island, a tiny strip of land between India and Sri Lanka. The island marks the beginning of a fiercely protected fragile zone, the Gulf of Mannar Biosphere Reserve. These waters are home to India’s most varied and biodiverse coastlines. Teeming with marine life, it is home to 23% of India’s 2,200 fin fish species, 106 species of crab and more than 400 species of molluscs, as well as the Indo-Pacific bottlenose dolphin, the finless porpoise and the humpback whale.

Nearly 150,000 fishermen depend on the marine reserve for their livelihoods. And Vaan Island is the gateway to this world. Half an hour by boat from the mainland and easily accessible to the 47 villages that are the backbone of this heavily populated coastline, Vaan has always been a refuge from storms for fishermen and a hotspot for researchers. But for the past 50 years it has been rapidly shrinking.

In 1986, 21 such islands in this region were protected when the Gulf of Mannar Biosphere Reserve, the first of its kind in Asia, was established in the Laccadive Sea. Now there are only 19. Two have been submerged and Vaan Island is the next at risk of vanishing. In 1973, Vaan was 26.5 hectares (65 acres), shrinking to just 4.1 hectares (10 acres) in 2016. At that point the erosion was so extreme that researchers estimated that it would be entirely underwater by 2022.