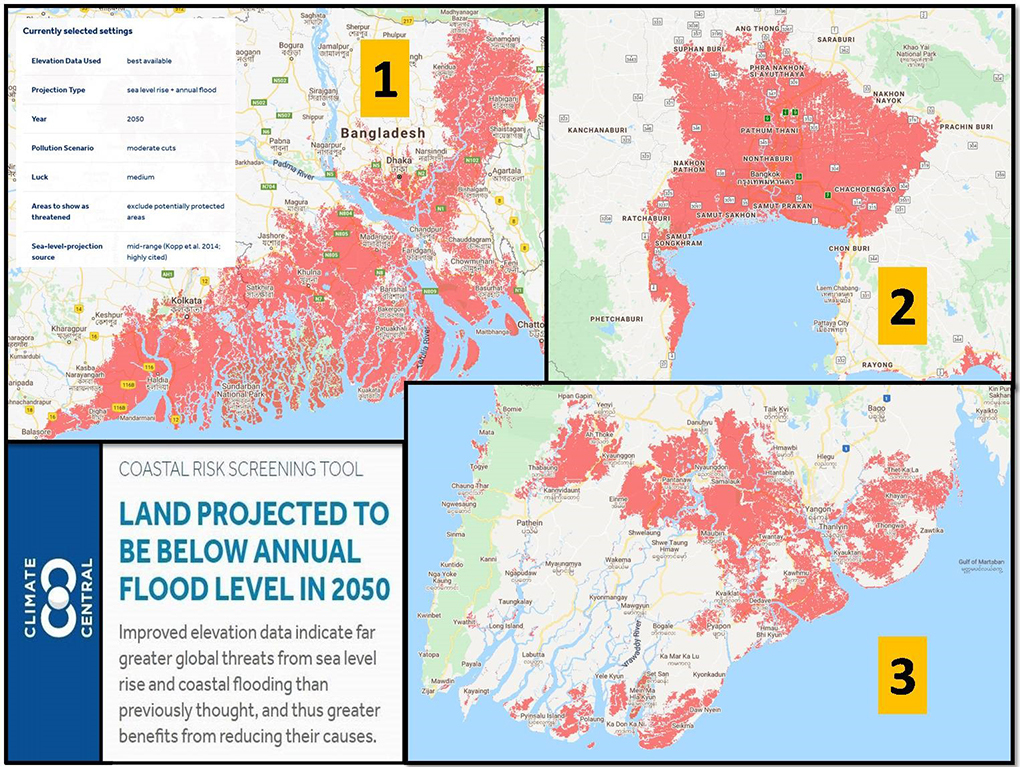 India - Opinion: Protecting Coasts Can Give BIMSTEC an Urgent Sense of Purpose

Five of the seven countries in the regional grouping called BIMSTEC (Bay of Bengal Initiative for Multi-Sectoral Technical and Economic Cooperation) are along the shores of the Bay of Bengal. These countries – originally including Bangladesh, India, Sri Lanka and Thailand in June 1997, with Myanmar added in December 1997, and Nepal and Bhutan in 2004 – account for 98% of the total population of 1.7 billion living along the Bay. According to the Centre for International Earth Science Information Network (CIESIN), about 180 million people in these five countries live in Low Elevation Coastal Zones (LECZs) at less than ten metres above sea level.

Climate change impacts threaten the lives and livelihoods of these people. The sea is rising and tropical storms are becoming more intense. Over 80% of global fatalities associated with tropical cyclones occur here although it accounts for only 5% of these storms.

In the Bay of Bengal littoral countries, between 1.9% (India) and 8.1% (Thailand) of the urban population lives in low-lying areas, five metres or less above the sea level. Between 1990 and 2010, with the exception of Thailand and Sri Lanka, the total percentage of population inhabiting extremely vulnerable LECZs in the region was relatively stable. In Thailand, the population in LECZs increased from 11.9 to 13.4%, while in Sri Lanka, it declined from 5.5 to 4.3%. In Myanmar, Bangladesh and India, the rural population in extremely vulnerable LECZs declined while the population in urban LECZs increased by an almost identical proportion.