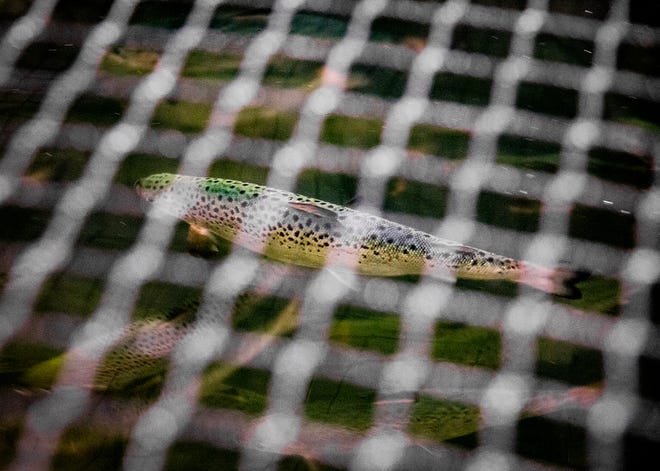 IN - What if Genetically Engineered Salmon Escaped in Albany? Judge Rules FDA Must Consider

ALBANY, Ind. — A federal judge has ordered the Food and Drug Administration to go back and complete its analysis of what might happen to normal salmon if genetically engineered (GE) salmon escaped from landlocked farms into the wild.

The only place in the United States currently authorized to raise the controversial fish is at land-based salmon farming pioneer AquaBounty Technologies' indoor facility in Albany.

The FDA has determined that it is highly unlikely that GE salmon could escape from facilities on land, and even if they did, they would be unlikely to survive or establish themselves as a population in the wild, according to the agency.

But "even if this scenario was unlikely, the FDA was still required to assess the consequences of it coming to pass," Vince Chhabria, a U.S. District Court judge in San Francisco, said in a ruling last week. "This is especially true because the FDA knew that the company’s salmon operations would likely grow, with additional facilities being used for farming. Obviously, as the company’s operations grow, so too does the risk of engineered salmon escaping."

The judge went on to say, "Before starting the country down a road that could well lead to commercial production of genetically engineered fish on a large scale, the FDA should have developed a full understanding — and provided a full explanation — of the potential environmental consequences."