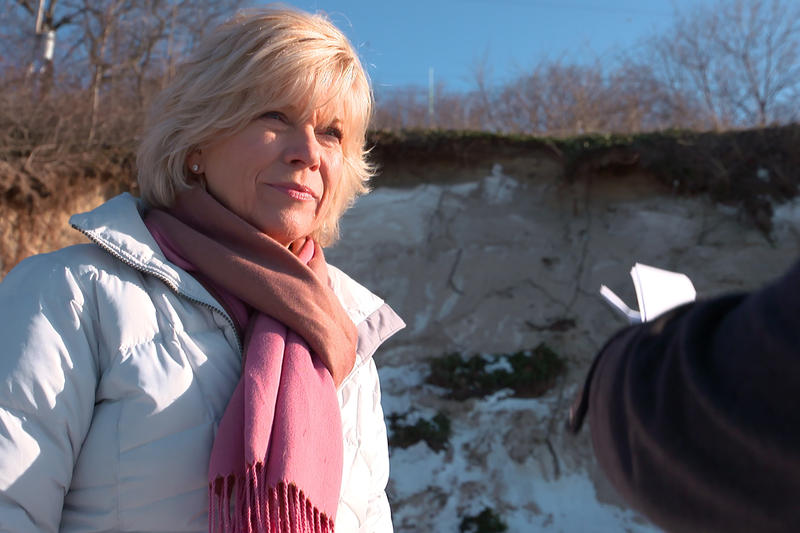 IN - Rising Water Threatens The Great Lakes Shoreline Too

As sea levels rise, the nation’s Atlantic and Pacific coastlines are eroding — putting homes and businesses in jeopardy. But climate change also is increasing erosion on what’s called the nation’s “third coast” — the Great Lakes shoreline.

Watching As Homes Sink Into The Lake

Back in the '90s, Nancy Schwab’s family vacation home in Beverly Shores, Indiana, wasn’t as close to Lake Michigan as it is today. She says you would burn your feet on the sand getting to the water in the summer.

“We used to have, I would say, another 100 to 150 feet of beach going far out to where the waves are starting — and many memories of being out here with the family,” Schwab says.

In past winters, Schwab says the ice on the lake used to stretch as far as the eye could see — shielding the shoreline from the harsh winter waves. This winter that icy barrier wasn’t there.