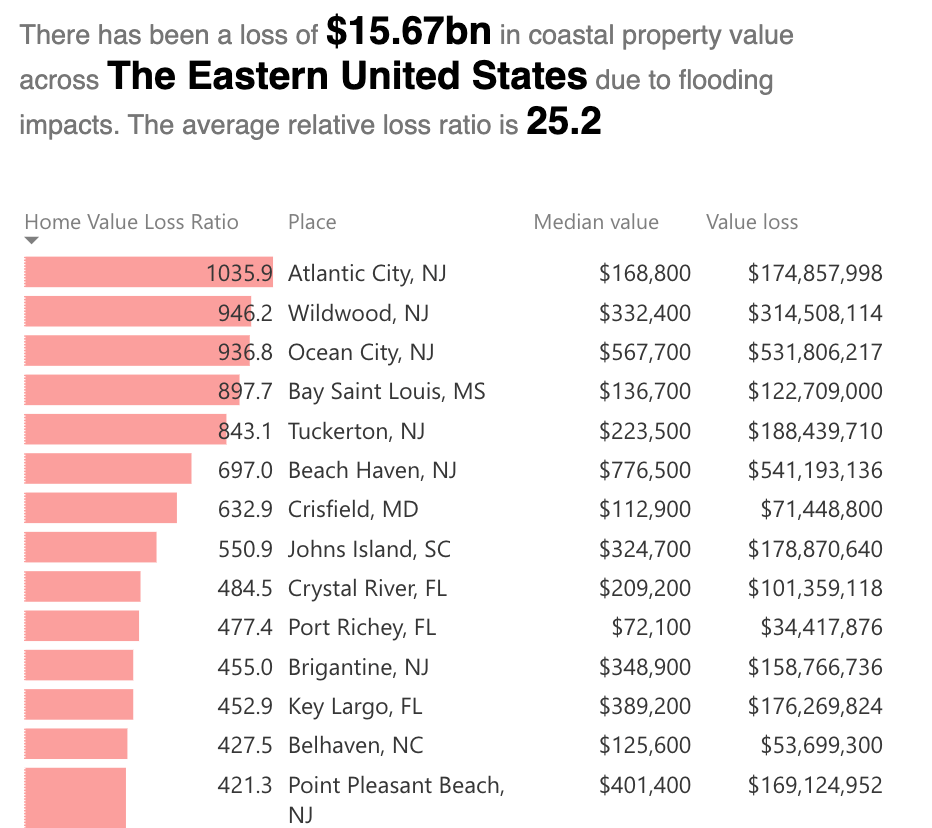 Ankle-deep in the overflow of the river that drew her here two decades ago, Calinda Crowe looked across her land, envisioning the future. She didn’t like what she saw. “You wake up to this,” she said, gesturing toward the water submerging everything but the concrete foundation of her raised home. “It upsets you, you know, because it’s supposed to be ‘dream home’ type stuff. Not with this.” A turtle floated to the surface near the bulkhead dividing her yard from the bayou.

Crowe bought her home near Mississippi’s Pearl River 17 years ago because of its proximity to the wilderness and its stunning views. With no buildings bordering her to the north, the wetlands and the river feel like extensions of her property.

But she says if she knew then what she knows now, she wouldn’t have bought it. She understood the risks of hurricanes and storm-driven flooding, but she didn’t anticipate the persistent inundation of water that even a stray breeze off the Gulf of Mexico can bring.

Unfortunately, her home has gotten harder to sell. Crowe lives in a region of southwestern Mississippi that includes Bay St. Louis, which has experienced one of the most dramatic losses of flood-impacted real estate value in the United States, according to an analysis by Nexus Media in collaboration with CityLab. The city, population 13,000, lost out on more than $122 million in real estate appreciation due to the impacts of flooding. While that’s a smaller total than coastal areas like Jacksonville, Florida; or Charleston, South Carolina; the losses in Bay St. Louis likely hurt more in relative financial terms, because the median home value in Bay St. Louis is just $136,700.