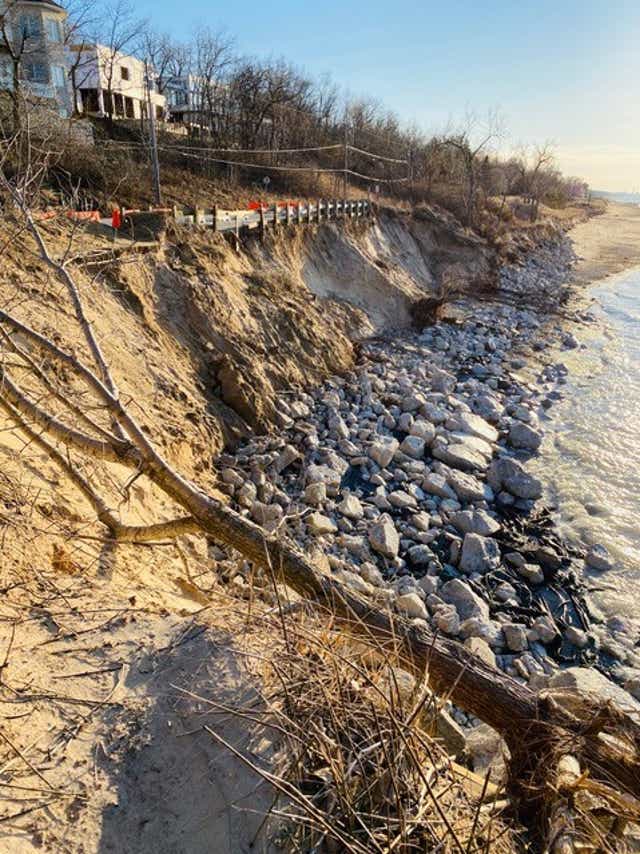 Just three months ago, Lake Michigan’s waters were more than 50 feet away from Lakeview Drive in the small town of Beverly Shores, with a beach in between the road and the water.

But after multiple storms, the waters now have eaten the beach, the double-flight of stairs down to it, and more than 3 million pounds of sandbags that were urgently placed there in an effort to stall erosion.

Beverly Shores, a city of 613, has already drained its reserves, spending nearly $365,000 on the sandbags, which are now washed away. Efforts to fix the road and several other scours will cost millions more, Beverly Shores Town Council President Geof Benson said.

And the damage is likely far from over. Lake Michigan is at near record levels,15 inches above this time last year. Its waves, which can top 20 feet during storms, are now chewing away at the earth underneath the road.