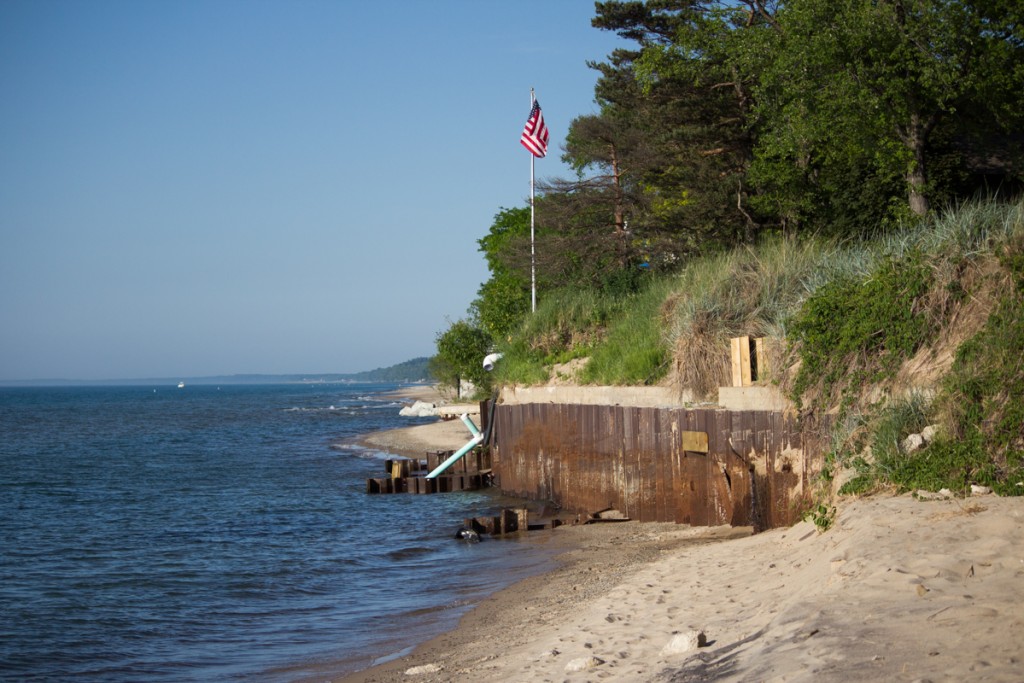 The stretch of sandy beachfront just west of Porter Beach is at the center of a Constitutional battle and debate over private versus public ownership rights.

Raymond Cahnman, a Chicago resident and businessman, has owned two houses and 10 lots in Porter that offer an unobstructed view of Lake Michigan since 2006. He has long enjoyed the place as a weekend retreat for friends and family.

There is a sign on his beach frontage that states: “Private Beach Walk Thru Only.”

“When I bought it in 2006, there was no doubt it was private property,” Cahnman said. “Right now I can’t enforce anything.”

That’s due, Cahnman says, to an Indiana Supreme Court ruling in February 2018 that found that the State of Indiana holds exclusive title to the shore of Lake Michigan up to the ordinary high-water mark. In effect, the decision declared that the public had access to Indiana beaches.

The Indiana state legislature with House Enrolled Act 1385 in 2020 codified the Indiana Supreme Court ruling, finding that the public has the right to walk, fish, swim, boat and recreate on Lake Michigan beach land.

Indiana, with 45 miles on Lake Michigan, is the state with the least amount of Great Lakes shoreline but the most unfettered public beach access. Illinois, Wisconsin and Minnesota all find that the public cannot trespass on private property beaches on the Great Lakes, Cahman said. Michigan allows only walking across private beachfront property on the shorelines of Lake Michigan, Lake Erie, Lake Huron and Lake Superior.

“The Indiana Supreme Court made a big error when they made that ruling,” Cahnman said.

The Pacific Legal Foundation, a national nonprofit foundation that defends Americans from government overreach and abuse, has taken up the case. Cahnman said the foundation took the case because of the Constitutional issues at stake.

Cahnman along with Randall and Kimberley Pavlock, who are also Chicago residents who own property near Porter Beach, are the plaintiffs in a lawsuit that raises Constitutional challenges to the Indiana Supreme Court case of 2018, commonly referred to as the Gunderson case.

The case, originally filed in 2019, states that the State of Indiana with its ruling violated Fifth Amendment Constitutional property rights. The Gunderson decision, in effect, “transferred private beach property to the state,” the suit says.