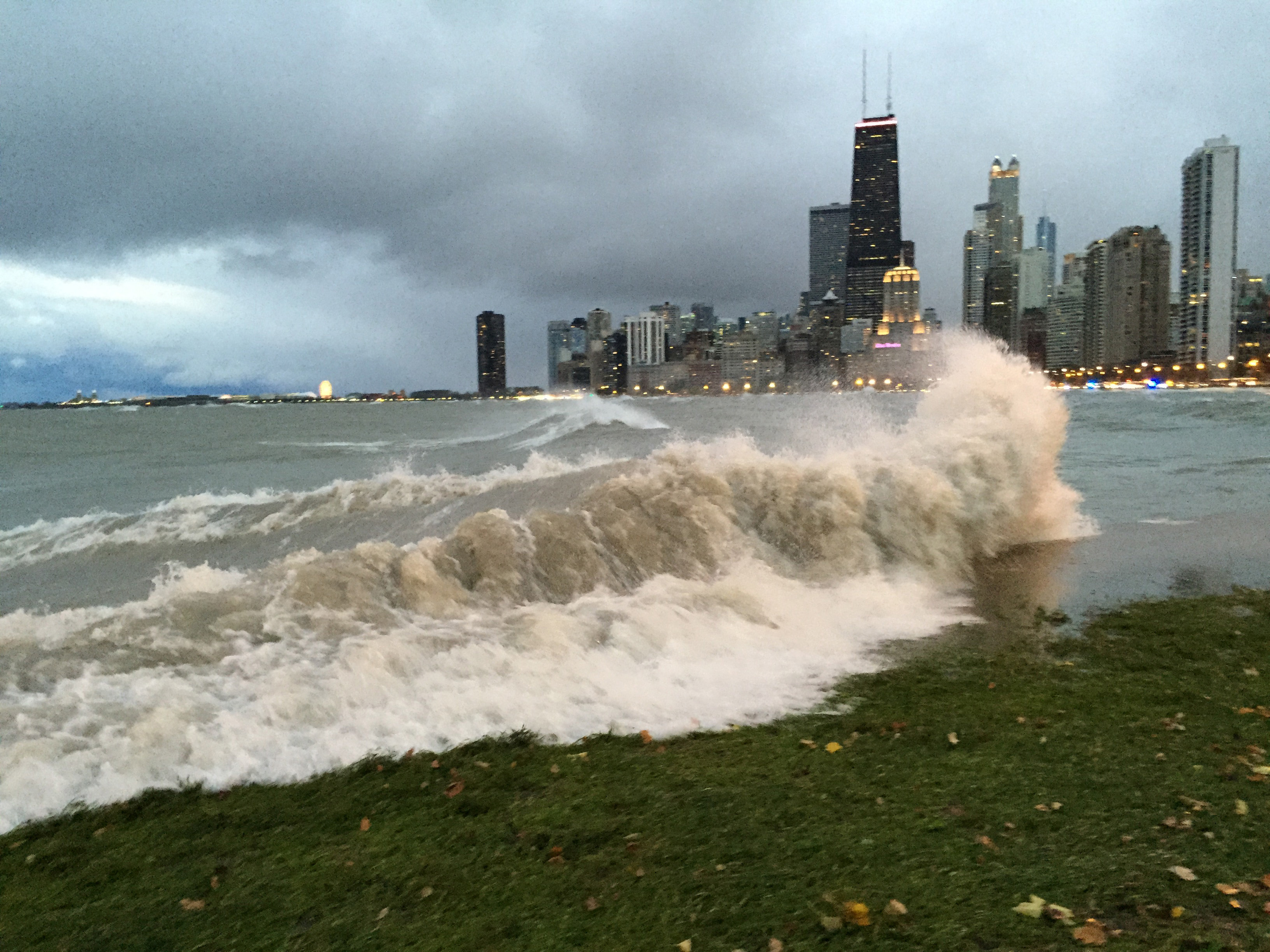 Higher water levels, wind and waves from bigger storms could wash contaminants from hazardous sites into the lake.

Toxic contaminants stored near the shores of Lake Michigan are poised to poison the drinking water that makes Chicago the envy of much of the world.

The time to remove that threat is now. Toxic materials must be buffered from the lake, and techniques such as wetlands restoration and green infrastructure should be employed to manage rising lake levels as much as possible. Green infrastructure includes such things as permeable pavers; landscaping including rain gardens and green roofs, and open areas that absorb and filter stormwater.

If lake levels reach new highs as expected after stretches of bigger storms, strong winds and waves during extreme weather could wash water inland, carrying hazardous materials back into the lake, ready to be piped into municipal water systems and to befoul the habitat.

High water has spread environmental catastrophe before. In Japan, a 2011 tsunami caused severe radiation contamination because a nuclear plant was not sufficiently protected. After Hurricane Katrina, New Orleans was awash in hazardous materials of every description after waters breached the city’s defenses, as had long been predicted, and flooded chemical plants, refineries, Superfund sites, service stations, pest control businesses and dry cleaners.

As Brett Chase reported in Wednesday’s Sun-Times, a study released Wednesday by the Environmental Law & Protection Center found 12 areas along the lake in Illinois and Indiana, Michigan and Wisconsin that are a threat, including industrial property, Superfund sites, wastewater facilities and a nuclear waste storage area. Coal ash from the demolished State Line Generating Plant in Hammond that contains carcinogenic heavy metals could flow into neighborhoods along the Grand Calumet River and Little Calumet River. The report is just a starting point and does not “encompass the full scope of hazards along the shore,” it said.