Great Lakes
Asian carp control in Illinois A July 19, 2016 photo by the U.S. Fish & Wildlife Service of silver carp caught by electrofishing in the Fox River in Illinois. 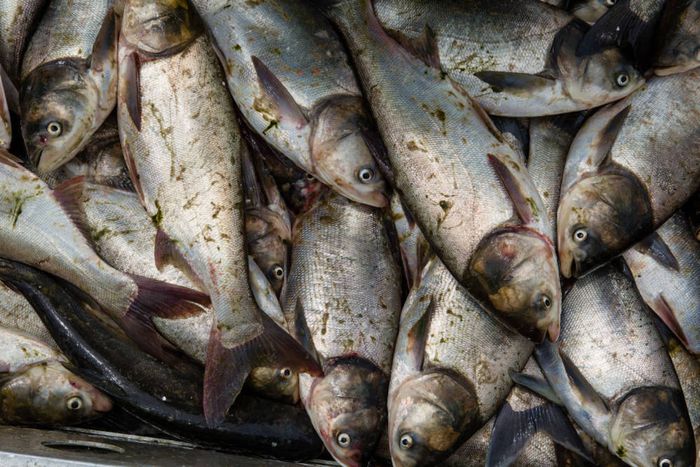 LANSING, MI — Construction of a gauntlet meant to keep invasive carp from reaching the Great Lakes took a leap toward reality this week with an announcement that Illinois will fund initial costs using $8 million from the state of Michigan.

Illinois has agreed to pay $10.5 million in design and engineering costs toward fortifying the Brandon Road Lock & Dam on the Des Plaines River, a chokepoint in the Chicago area waterway system that would be the last line of defense against silver and bighead carp reaching Lake Michigan.

The estimated $858 million project has been in planning stages for years, but progress has been stalled while Illinois has balked at helping pay for initial design costs.

The new agreement was finalized in late December, according to Michigan officials on Jan. 7. A recent Congressional authorizationmakes it eligible for federal funding.

“Long in planning, we’re pleased to finally put these agreements into action, allowing us to move the project to its next steps – planning and design – and, ultimately, construction,” said Colleen Callahan, Illinois Department of Natural Resources director.

Developing design and engineering specifications is expected to take three to four years and cost about $28.8 million, according to the U.S. Army Corps of Engineers. The Army Corps will pay $18 million of that total and the money must yet be approved through annual work plan budgeting.

Michigan’s $8 million will offset all but $2.5 million of Illinois’ cost on design as a “non-federal” partner, a required component to begin construction under Army Corp rules.