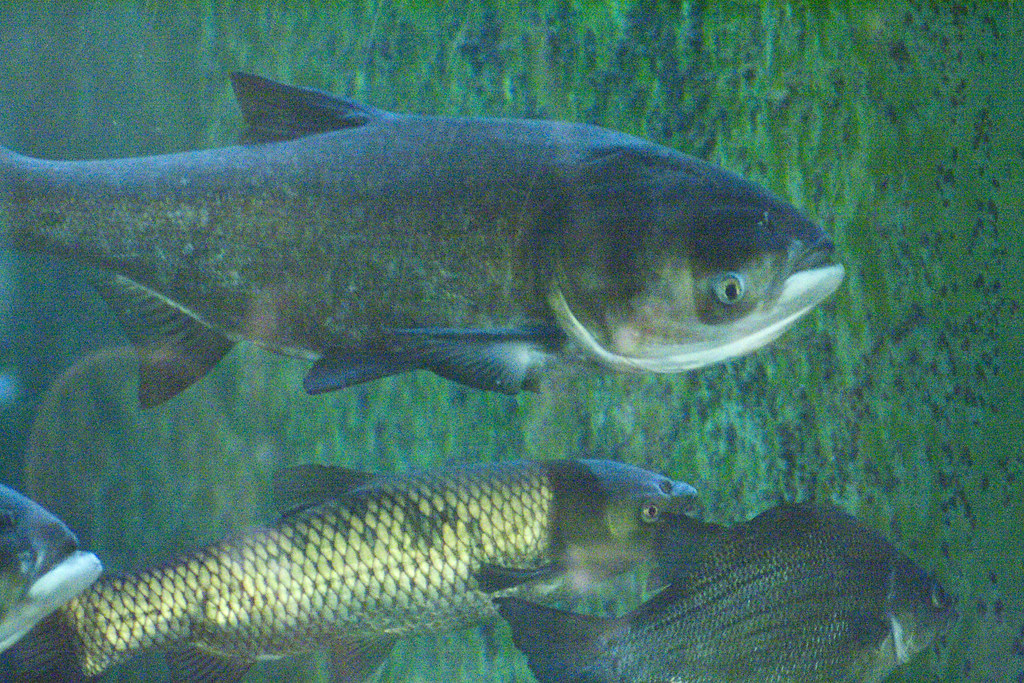 As we first reported on Wednesday, the state of Illinois is launching an awareness campaign to entice consumers to try the invasive carp from the Illinois River now known as copi, formerly known as Asian carp.

The Illinois Department of Natural Resources has just kicked off a $600,000 campaign to get Illinois eaters excited about copi, the rebranded Asian carp from the Illinois River that is healthy and sustainable. IDNR wants more fishermen to catch copi and more consumers to start ordering it in restaurants and cooking it at home.

The new name is a play on the word "copious." The 50-100 pound silver copi multiplies quickly.

IDNR's carp rebranding is a last stand in a multiyear campaign to keep the invasive carp from turning Lake Michigan into the world's largest carp pond. The carp are voracious eaters, gobbling up food sources, ruining habitats and crowding out the highly desirable native fish that the Great Lakes' $7 billion dollar fishing industry is known for.

In spite of the best efforts of federal and state governments, the carp are getting perilously close to the Great Lakes.

For years, Dirk Fucik, owner of Dirk's Fish Gourmet Shop in Chicago, has been convincing his customers that they will enjoy eating Asian carp if they give it a try. He told The Center Square that sweet, mild copi, which is highly prized in Asia, tastes better than catfish and tilapia.

"It's not a bottom feeder; it eats plankton," Fucik said.

Fucik and his wife prepare copi in Mexican, Asian and Italian dishes, he said.

"Everybody likes burgers," he said.

Fucik's Cuban-American wife uses ground copi to make Spanish-style fish croquetas (mini fish sticks) that she serves with bechamel sauce. The Fuciks make meatballs with copi, they use it as a substitute for ground beef in pasta Bolognese, and they make sausage out of it.