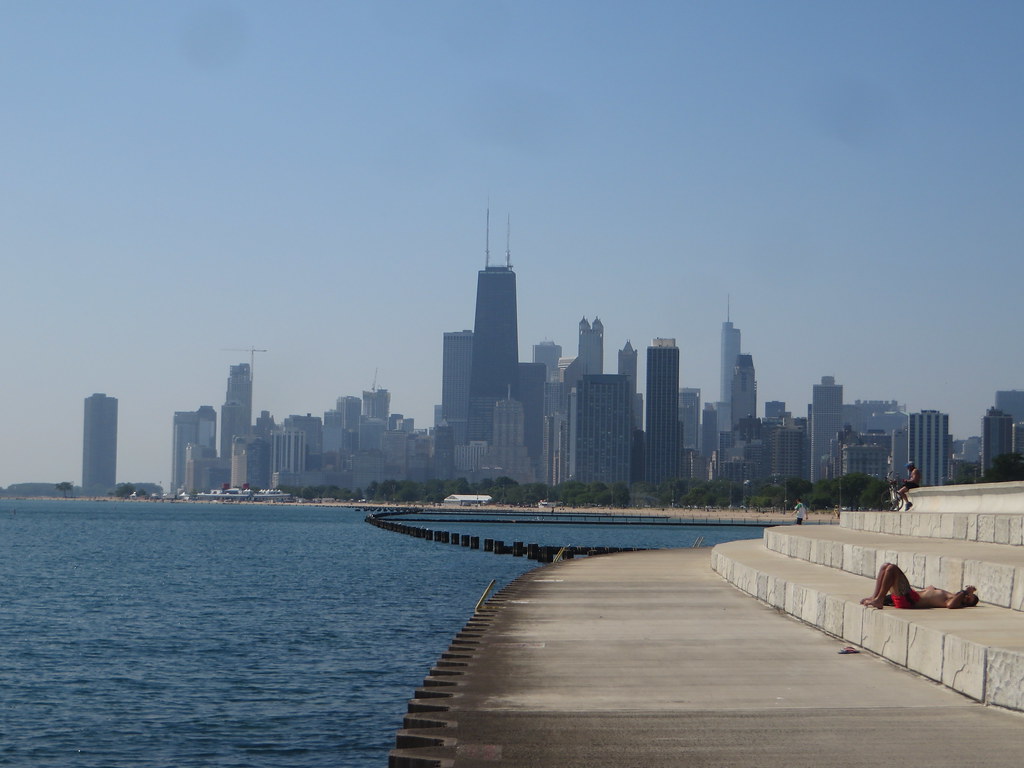 IL - Chicago’s Lakefront Park System Comes Up Short at Both Ends. Is It Time To Revive the ‘Last 4 Miles’ Plan?

Chicago’s lakefront spans 30 miles. Chicago’s string of lakefront parks and beaches doesn’t. Instead, it measures 26 miles, with public access blocked at various points on the shoreline’s north and south ends.

There have been movements in the past to fill in those gaps — dubbed “the last four miles” — and create a truly unbroken end-to-end lakefront park system that would stretch from the Indiana state line all the way up to the Evanston border.

Friends of the Parks is wondering if the time is ripe to revive the idea.

High lake levels, the erosion of beaches and concerns about flooding have brought renewed attention to the city’s shoreline. Earlier this year, the federal government announced it would go 50-50 with the city on a $3 million comprehensive study of Chicago’s lakefront, the first to be conducted by the U.S. Army Corps of Engineers in more than 25 years.

“There’s a convergence of energy and intentions that has not been there,” said Juanita Irizarry, executive director of Friends of the Parks. “It’s a moment to leverage that energy.”

If there’s going to be a conversation about redesigning the lakefront, consideration of the last four miles should be in the mix, she said. To that end, the organization dusted off its “Last Four Mile” plan, created in 2009, and recently presented it anew during Friends of the Parks’ Netsch Lecture series.

The goal of the presentation, Irizarry said, was to re-start the discussion surrounding those remaining miles and the role they could play in terms of providing shoreline protection via nature-based solutions, promoting biodiversity and delivering green space to areas where it’s in short supply.

Here’s a refresher on the issue.