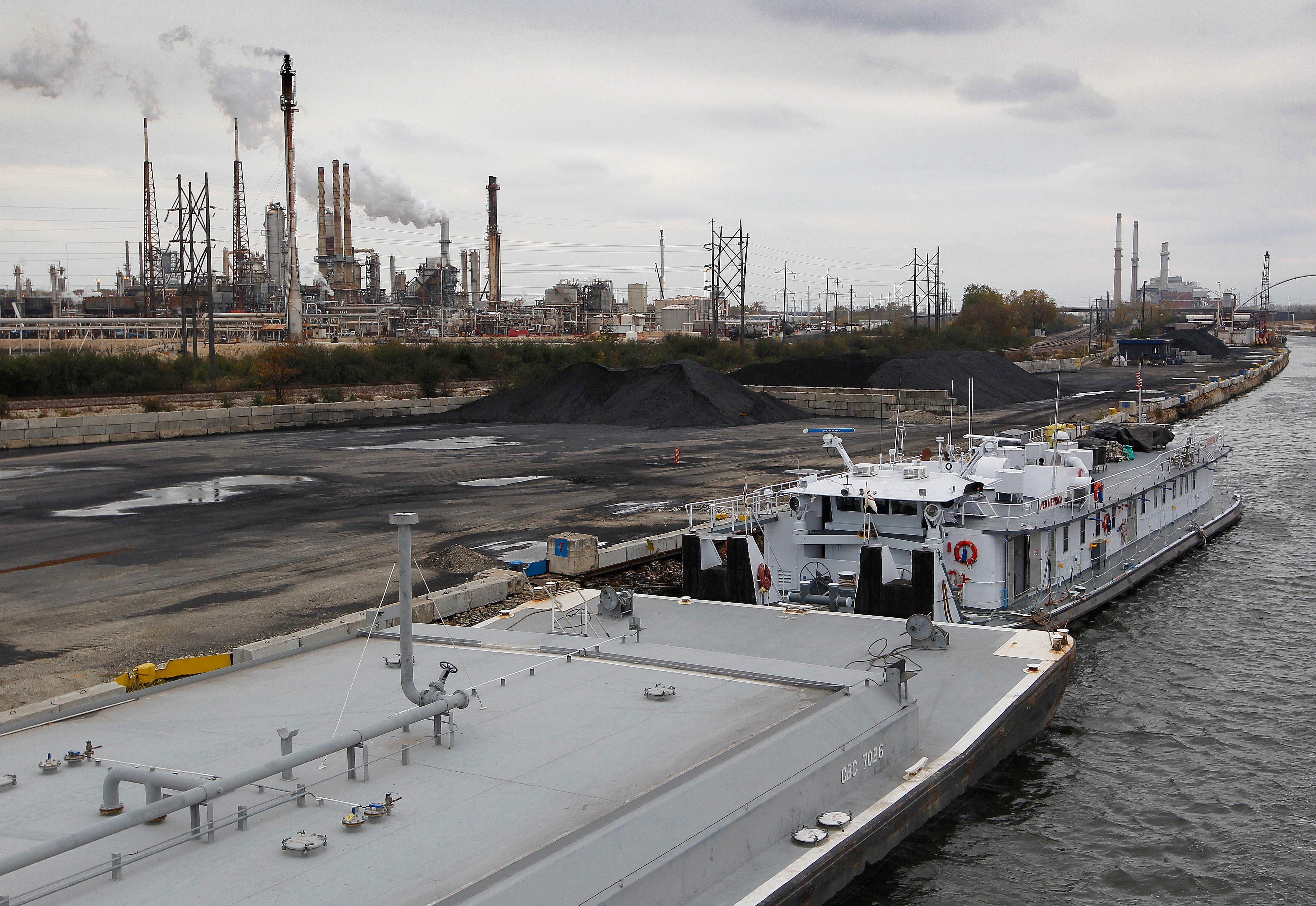 tanding on the banks of the Chicago River, you realize that maybe the best thing about this filthy waterway is that it was reversed over a century ago so it flows away from Lake Michigan instead of into it.

Water isn't even the first thing you notice where the river merges with a notoriously fouled little tributary, dubbed Bubbly Creek for the gases still belching from untold tons of cow carcasses dumped into it by the city's old stockyards.

Floating on the surface is the crinkly corpse of a pink Mylar balloon that's wrapped itself around a 40-ounce beer bottle. Nearby is a pumpkin stuck in the muck, orbited by an array of tampon applicators and plastic bottle caps. Just below a sewer pipe that excretes a septic stew when big rains hit, a boot floats sole-up next to a tennis shoe; if the pair were a match you'd fret they were attached to feet.

Above it all, gleaming in the midafternoon sunlight a few miles to the northeast, are the two white tusks atop the Willis Tower, pinnacle of Chicago's lakeshore skyline. The Chicago River no longer flows that direction, toward Lake Michigan - the city's drinking water source. It instead tumbles into a man-made canal that whisks it across a continental divide, away from the Great Lakes, and into the Mississippi River basin.

At least it does for now.

Some regional leaders have begun to explore a multibillion-dollar plumbing project to rechannel the Chicago River so it once again does what nature designed it to do - sustain Lake Michigan instead of drain it.

The threat of Asian carp swimming up the Chicago Sanitary and Ship Canal from the Mississippi River basin and into Lake Michigan spawned talked of re-engineering Chicago's waterways several years ago, but today it is more than talk.

A $2 million study by the Great Lakes Commission and a group representing the region's mayors provides the most detailed prescription yet on how to restore the natural divide between the Great Lakes and Mississippi basins that Chicago destroyed over a century ago in a desperate move to channel its sewage and industrial wastes away from the lake.

Today the region is feeling a different kind of desperation.

Biologists predict the number of unwanted organisms moving on the Chicago canal will only grow until the waterway is somehow plugged. And it is much more than a Great Lakes problem because biological pollution travels both directions on this invasive species superhighway.

Not only do rapacious Asian carp threaten to unleash havoc on the lakes' multibillion-dollar fishery, but some troublemakers such as pipe-clogging zebra and quagga mussels already have ridden canal waters in the opposite direction - out of the Great Lakes and into the Mississippi basin. From there they have hitched rides on recreational boats towed over the Rocky Mountains and now plague irrigation and hydroelectric systems across the West.

The cost of these unwanted organisms is hard to comprehend, but it is growing. The U.S. Fish and Wildlife Service predicts that if the fingernail-sized zebra and quagga mussels get into the Northwest's Columbia River hydroelectric dam system, they could do more than a quarter-billion dollars in damage. Per year.

Other noxious invaders are poised to make the same trip. A fish-killing virus now menacing the Great Lakes could do incalculable damage were it to slip down the canal and into the South's aquaculture industry.

In this sense, the Chicago canal system isn't so much a waterway as it is an open wound.

"This is not about Asian carp," said Peter Annin, a Great Lakes author who is managing director of the University of Notre Dame's Environmental Change Initiative. "This is about two artificially connected watersheds that many people argue never should have been connected."

Fixing the problem would be a massive public works project that would likely cost at least $4 billion and take years to accomplish. But beyond stopping invasive species, it could lead to dramatic improvements in water quality and flood control, as well as fuel a navigation boom on Chicago's increasingly neglected canal network.